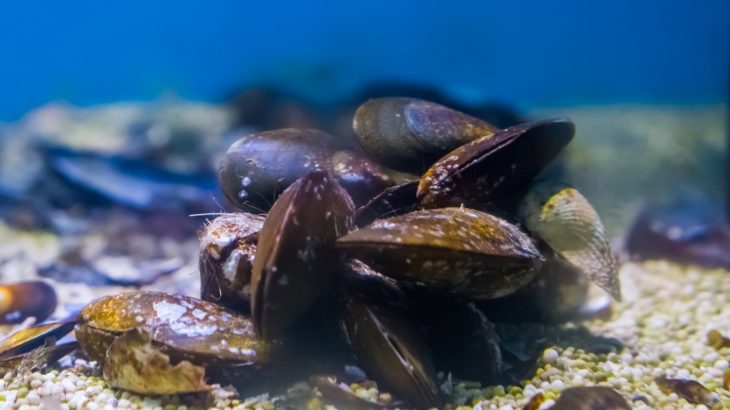 A new study has found that mussels are impacted on a molecular level by the sounds of ship motors. Researchers discovered that fluctuating noise levels in their environment cause mussels to experience stress, which was detected through changes in their DNA integrity.

A team of scientists from Edinburgh Napier University collected mussels on the coast of Musselburgh to analyze how they respond to noise. Tests were conducted in a lab at the St. Abbs Marine Station, a nonprofit research center dedicated to protecting the marine environment.

Karen Diele is the co-director of research at the marine station. She explained that the blue mussel is extremely important in the UK.

“It is commercially valuable and it plays an essential ecological role as a reef builder and a filter-feeder that keeps the water clean,” said Diele. “Mussels don’t have ears but they can detect changing sound levels in their environment.”

“We recorded and played the sound of a ship’s motor to a sample of blue mussels in a controlled setting, and measured biochemical and behavioral changes in the mussels.”

“For the first time in a marine species, we detected noise-induced changes in DNA integrity, indicating an underlying source of stress.”

According to study co-author Matt Wale, the mussels that were exposed to noise consumed 12 percent less oxygen. He explained that this could lead to a higher rate of energy use and a slower rate of growth.

“The filtration rate, or how much algae they consume, decreased by over 80% and there was a 60% increase in valve gape, which means the mussels are spending more time vulnerable to predators,” said Wale.

Study co-author Mark Hartl is a professor in the Centre for Marine Biodiversity at Heriot-Watt University. He said that the wide distribution of mussels in areas where they may be exposed to noise indicates that the effects are not fatal or immediately dangerous for mussels.

“However, this doesn’t mean it isn’t having a long-term effect on mussel populations in high noise areas, it could be affecting their growth, reproductivity and may help explain the decline of mussel banks in some areas of the UK.,” said Professor Hartl.

‘It’s important that we understand how noise is stressing mussels in environmental risk assessments so that we can ensure environmental policy and regulation is effective.”

The research was supported by the Marine Alliance for Science and Technology for Scotland.