The Philippines may be the next nation to grant rights to nature • Earth.com 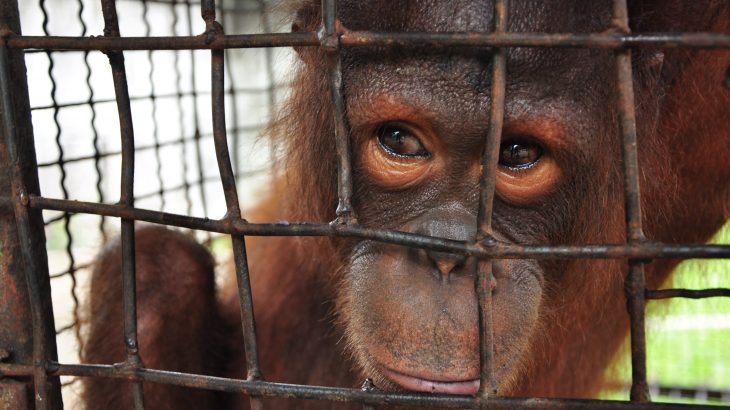 In the West, non-human animals, plants and inanimate things such as mountains and rivers have long been seen as intrinsically different from humans. This is partially due to religious tradition. The Bible seems pretty clear that humans are superior to animals and everything else on Earth in Genesis 1:26:

“Then God said, “Let us make mankind in our image, in our likeness, so that they may rule over the fish in the sea and the birds in the sky, over the livestock and all the wild animals, and over all the creatures that move along the ground.””

Again in verse 28, God tells the new humans he created to “fill the earth and subdue it. Rule over the fish in the sea and the birds in the sky and over every living creature that moves on the ground.”

Many Christians interpret these passages and others in the Bible as blanket permission to treat animals in whatever way they feel like. The idea of humanity’s superiority was also influenced by Aristotle who felt humans but not animals had immortal souls.

Later thinkers like French philosopher René Descartes believed that animals were unfeeling machines merely responding to their environment with the illusion of feeling pain or other cognitive features. Descartes even dissected a live, conscious dog and interpreted his yelps of pain as nothing more than an automated response.

Other Christians have interpreted the Bible as instructing humans to take good care of non-human animals and other life, each deserving respect as fellow creations. In most of mainstream America, it seems that the prevalent thinking is to assume non-humans as lesser beings with fewer rights to a life of dignity. Although we have some anti-cruelty laws, they don’t apply in many cases such as animals raised for food.

In general, animals have relatively few rights. Other countries have started to forge a different way ahead, influenced by different thinking, to grant animals and nature rights not afforded in the US as we slowly move forward as well.

The first anti-cruelty animal laws date back to Ashoka, a Buddhist emperor of India who ruled from circa 268 to 232 BCE, but that was more of a historical anomaly than a trend. Slowly, concerns for nature and non-human life have been revived in recent centuries and gained some support. During the 2016 IUCN World Conservation Congress held in Hawaii, members from over 170 countries supported the idea that nature has an inherent right to exist.

Individual countries have taken more substantial steps forward. In 2018, an Indian court ruled that animals have rights like humans in the Indian state of Haryana. Previously, courts in India have declared rivers to have rights as well, a decision that was overturned. Rulings in 2014 and 2015 also gave animals in India constitutional rights as well as affirmed the right of birds to fly.

South American countries have also pioneered the idea of granting non-human animals rights. In Argentina, animal rights activists filed a habeas corpus petition, a document used to free people held in prison without good reason. The petition in this case was filed for a captive orangutan named Sandra who was held at the Buenos Aires zoo. In a 2014 court ruling, the judge found Sandra to be not a thing but instead a “non-human person” thus granting her basic rights. The decision allowed Sandra to be transferred from the zoo where she is said to have been treated poorly to an animal sanctuary.

This was followed by a similar court ruling in Argentina that forced the release of a chimpanzee from a zoo where she was held alone to a wildlife sanctuary. A similar trial in the US ended with a captive chimpanzee being denied person status under the law but the judge acknowledged the inadequacy of the law as well. Germany and New Zealand have meanwhile advanced their own legal recognition of non-human rights.

Germany was the first country in the EU to change its constitution in 2002 to give non-human animals the right to have their dignity protected under law.

New Zealand went even further. The Māori tribe of Whanganui traditionally consider the Whanganui River an ancestor and thus worthy of consideration as a person. In 2017, the status of the river as a person was legally recognized in New Zealand. The new law allows humans to act as legal guardians of the river and opens the door for legal redress previously not available to the body of water. The trend of allowing non-human animals and even physical features or ecosystems legal standing seems to have caught hold worldwide.

The Philippines may be the next country to grant some sort of legal standing to the non-human world. A coalition in the Philippines including a local arm of the Catholic Church is pushing for a new “right of nature” bill.

If passed, the bill would be similar to other bills in that humans could act as guardians of non-humans and seek legal redress in courts based on rights given to non-humans. Catholic Church leaders have spoken up in support of the new bill, calling for people to live in communion with nature. The bill is still being drafted and hasn’t been submitted to Congress yet but it’s already creating a discussion about the place of nature in law.

The Philippines bill drew inspiration from Ecuador and Bolivia. In 2008, Ecuador became the first country to allow nature the constitutional right to thrive. In 2010 Bolivia passed the Law of the Rights of Mother Earth which granted Earth itself a legal personhood.

Despite these laws, non-human nature is still not always treated with deep amounts of respect in Latin America or other parts of the world where it has legal standing. Pollution still occurs as does animal abuse and poaching. It could be that changing the law is a first step towards changing daily reality.