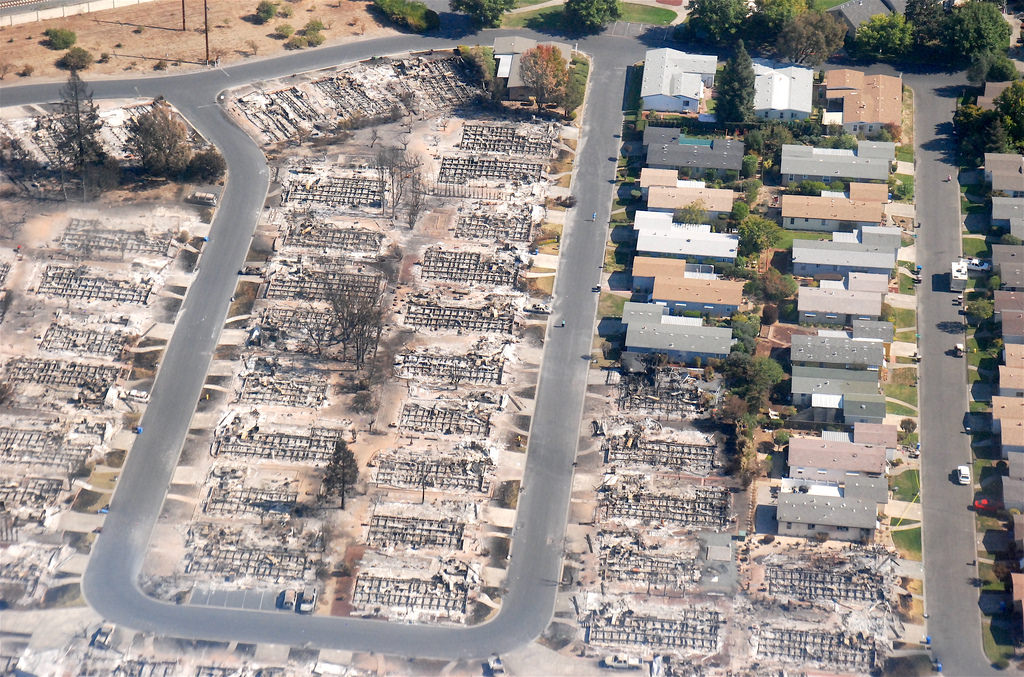 After a week of chaos and devastation caused by the Northern California fires, the state’s firefighters are beginning to get the fast-burning blazes under control.

Since late in the evening of Oct. 8, more than a dozen fires have been raging through several counties in the northern part of the state, killing at least 40 people and burning whole neighborhoods in the city of Santa Rosa.

But a week later, with more than 8,000 firefighters responding to the infernos, crews are beginning to gain the upper hand, despite winds that sparked new evacuations on Saturday.

“Conditions have drastically changed from just 24 hours ago, and that is definitely a very good sign,” Daniel Berlant, spokesman for the Cal Fire, told the news agency CNBC. “And it’s probably a sign we’ve turned a corner on these fires.”

The progress is good news for those evacuated from the wildfire areas – more than 100,000 people have been under evacuation orders over the past week, CNBC reported. About a quarter of those people were allowed to return home on Sunday.

The Mendocino County Sheriff’s Department advised returning evacuees to wear protective clothing and expect delays. They’d have to go through safety checks and would be issued protective gear, the Sacramento Bee reported.

“Residents should be prepared to evacuate again should conditions change,” the department posted on Facebook.

However, not all of the Northern California fires are close to being under control. The Nuns Fire – which had grown to consume four other fires in the Central LNU Complex – was only 25 percent contained.

“Fire continued burning in the south and western portions,” Cal Fire wrote on the incident report for the fire complex.

The Redwood Valley Fire in Mendocino County, which killed at least nine people, was 35 percent contained, after burning 35,000 acres.

The Northern California fires have killed at least 40 people, mostly overnight on Oct. 8 and Oct. 9, fire officials reported. Hundreds remain missing, though officials told CNBC they hope to find most of them alive.

California’s near record rainfall over the winter after several years of drought spurred vegetation growth in the state. That, combined with record heat over the summer, left behind plenty of fuel for extreme wildfires.

The long 2017 wildfire season has been extremely expensive at both the state and federal level, the Billings Gazette reports. The federal government spent more than $2.7 billion on firefighting in the last budget year, the news agency said, a record high. This year’s fires have already used more than half of the state’s emergency fund.

Firefighting costs are going up in California, Oregon, Montana and elsewhere due to a combination of hotter and drier weather and a buildup of dead and dying trees damaged by past firefighting techniques, Jennifer Jones, a spokeswoman for the National Interagency Fire Center, told the Gazette.