Northward winds support the wildlife of the Galápagos Islands • Earth.com 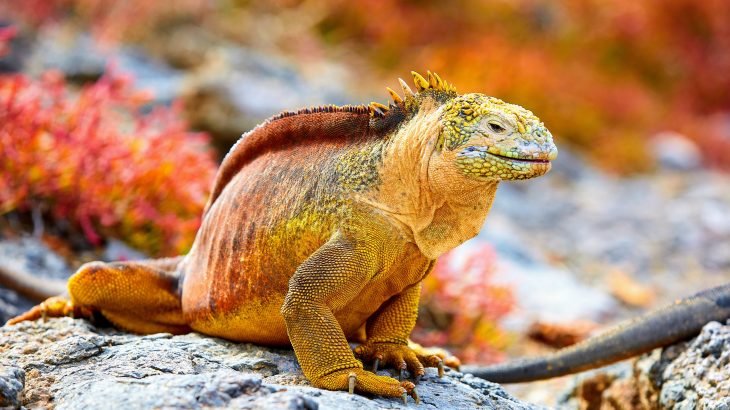 In a new study from the University of Southampton, experts have unraveled the mystery of how the Galápagos Islands support the unique native wildlife that inspired Charles Darwin’s theory of evolution. The researchers determined that the local northward winds play a previously unrecognized role in supporting the regional ecosystem of the Galápagos Islands.

Despite having only modest rainfall and vegetation, the Galápagos Islands are known as a significant biodiversity hotspot. Scientists previously established that biodiversity in this region is driven by ocean upwelling, which supports the growth of the phytoplankton that form the base of the food chain.

“The regional ecosystem is sustained by strongly seasonal oceanic upwelling event – upward surges of cool, nutrient-rich deep waters that fuel the growth of the phytoplankton upon which the entire ecosystem thrives,” wrote the study authors. “Yet despite its critical life-supporting role, the upwelling’s controlling factors remain undetermined.”

“Here, we use a realistic model of the regional ocean circulation to show that the intensity of upwelling is governed by local northward winds, which generate vigorous submesoscale circulations at upper-ocean fronts to the west of the islands.”

By understanding the factors which control the life-supporting process of ocean upwelling, scientists can assess how sensitive or resilient the Galápagos ecosystem may be against climate change.

In collaboration with experts at the National Oceanography Centre and Universidad San Francisco de Quito in Ecuador, the Southampton team used a high-resolution computer model to analyze ocean circulation around the Galápagos Islands.

The analysis revealed that the intensity of upwelling around the archipelago is driven by local northward winds. To the west of the islands, the northward winds generate strong turbulence that drives the upwelling of deep waters toward the ocean surface. This pushes up the nutrients needed to sustain the Galápagos ecosystem.

“Our findings show that Galápagos upwelling is controlled by highly localized atmosphere-ocean interactions,” said study co-author Alex Forryan. “There now needs to be a focus on these processes when monitoring how the islands’ ecosystem is changing, and in mitigating the ecosystem’s vulnerability to 21st -century climate change.”

According to Professor Alberto Naveira Garabato, this new knowledge of where and how the injection of deep-ocean nutrients to the Galapagos ecosystem happens is informing plans to expand the Galápagos Marine Reserve, and improve its management against the mounting pressures of climate change and human exploitation.