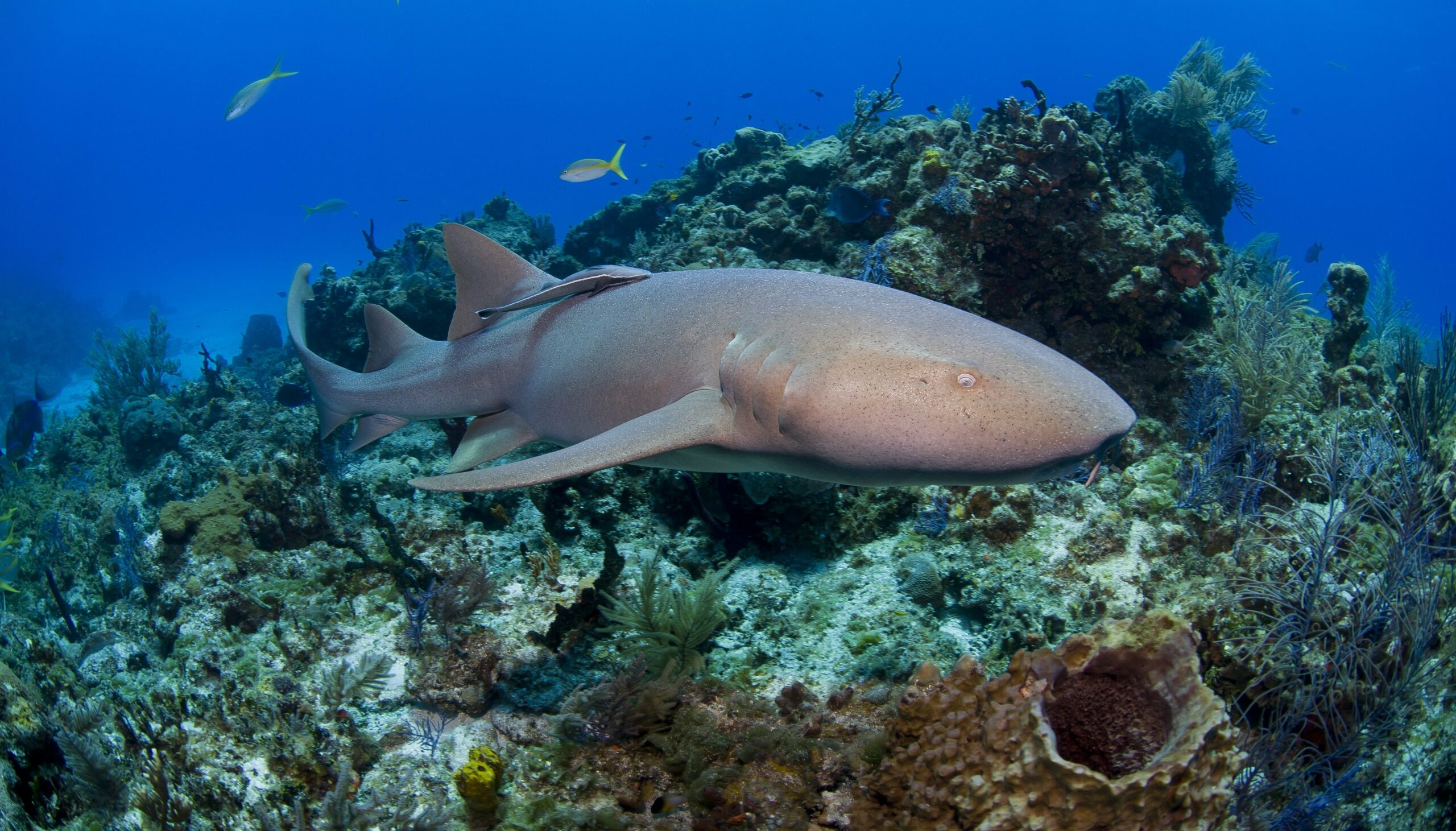 A team of scientists led by the University of Exeter and the NGO Beneath the Waves has used baited remote underwater video (BRUV) cameras off the Turks and Caicos Islands to reveal the impressive range of skills nurse sharks employ while feeding.

“The nurse shark (Ginglymostoma cirratum) is a large, widely distributed shark species which is commonly associated with tropical and subtropical reefs worldwide; yet it remains vastly understudied relative to other large species,” wrote the study authors.

“To advance our understanding of nurse shark behavior and ecology, we used opportunistic video observations gathered throughout the islands of Turks and Caicos from September 2020 to April 2021. We made 233 observations from 78 camera deployments and identified five behaviors, four of which were attributed to foraging.”

The investigation revealed a range of different feeding behaviors used by these sharks, including vertical feeding (head down), ventral feeding (belly up), or pectoral positioning, which involves flexing the pectoral fins in a type of movement similar to walking on the seafloor. While most species have little capacity for movement in their pectoral fins, nurse sharks are related in this respect to epaulette sharks, which can “walk” even on dry land using such fins.

“This work illustrates the immense behavioral adaptability of coastal shark species,” said study co-author Oliver Shipley, a senior research scientist at Beneath the Waves. “Despite their widespread nature, we know comparatively little about nurse shark behavior relative to other coastal species, so this study provides an important step to further understanding their ecological role.”

“These feeding behaviors show that nurse sharks are adapted to feed on different prey across a variety of habitats,” added lead author Kristian Parton, an expert in Ecology and Conservation at the University of Exeter.

Since previous research focused almost exclusively on the reproductive behavior of nurse sharks, this new study will help shed more light on the critical role the sharks play on tropical reefs across the world.

The study is published in the journal Environmental Biology of Fishes.