Nurse sharks migrate between uteri… and eat their siblings • Earth.com 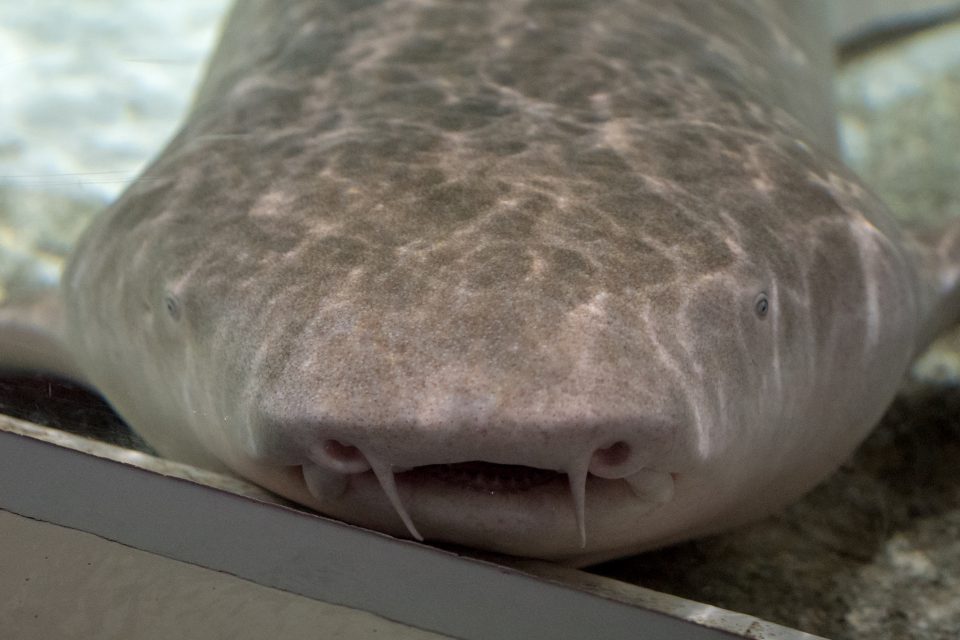 Nurse sharks migrate between uteri… and eat their siblings

Sharks have an image problem. Because they are viewed as mindless killers by much of the public, shark conservation efforts don’t get as much traction as they do for, say, pandas or even lions. Of course, all of this is based on a series of misconceptions perpetuated by films such as Jaws. (Peter Benchley, the author of the novel upon which Jaws was based, actually felt terrible about the effect his writing had on shark conservation and later worked to rehabilitate the image of these charismatic chondrichthyans.)

In fact, in 2018, there were only 101 shark attacks, six of which were fatal. In contrast, there were 20 people in the U.S. alone who died from lightning strikes in 2018. And in the U.S. in 2016, 37,461 deaths occurred due to car crashes. Even if you’re a regular ocean-goer, the chances of being bitten, let alone killed, by a shark, are vanishingly small, particularly in comparison to other dangers lurking just outside your door.

That’s if you’re human. If you are yourself a shark, the perils increase. If you’re a tawny nurse shark (Nebrius ferrugineus), the chances of fatality by shark bite start in utero. That’s right…your siblings might actually eat you before you’re even born. You see, nurse sharks, like most sharks and rays, have paired uteri. And, as a recent study from Okinawa Churaumi Aquarium in Japan has shown, tawny nurse shark fetuses can migrate between the two reproductive chambers. And hunt down their brothers and sisters.

Tawny nurse sharks—a species distinct from the nurse shark (Ginglymostoma cirratum)—are native to the Indo-Pacific Ocean, off the coasts of eastern Africa, Asia, and Australia and their outlying islands. The docility of the species—toward humans at least—has made it a favored specimen in captive collections—and an ideal study subject.

Using newly developed underwater ultrasound technology, scientists determined that in one shark, a fetus moved between the uterus at least 24 times during its gestation. This had only been observed once before, in 1993, when a sand tiger shark (Carcharias taurus) was cut open to observe the behavior of its embryos for a Discovery Channel special. It was hypothesized that the trauma of being surgically exposed in such a fashion may have contributed to the behavior and it was not known until now if it occurred in the course of normal development. And it turns out they weren’t just doing laps. The number of shark pups slowly began to decrease over the duration of the pregnancy. The pups were chasing down and eating each other.

This latter behavior was not actually news. Many sharks are known to practice adelphophagy—eating one’s siblings. Also known as embryonic or intrauterine cannibalism, it has been documented in at least 13 species, though the tawny nurse shark is the first orectolobiform (the order containing nurse sharks, wobbegongs, and whale sharks) known to do so.

While this may seem brutal, it is actually a fantastic adaptive mechanism. A 2013 study of sand tiger sharks found that the surviving fetuses—those that had consumed their siblings—were usually from one father. Female sand tiger sharks mate with multiple males. This suggests that the offspring from the first male she mated with have a developmental advantage over those conceived later. Scientists hypothesize that females may actively chose their first mate and then submit to further matings with less-ideal males to avoid expending energy on escaping them. The offspring produced by these later matings are consumed by the offspring of her preferred mate.

When the surviving pups (or pup) are born, they are already 4 feet long, making them better equipped to handle the even harsher realities of the open ocean. Without their nutritious siblings, this level of development would likely be impossible. Thus, it is a case of sexual selection occurring after fertilization. Because the species is considered vulnerable, one scientist has suggested replenishing populations by raising babies in artificial wombs so that they cannot eat each other.

In addition to eating their siblings, tawny nurse shark and sand tiger shark fetuses also practice oophagy—feeding upon specially produced sterile eggs in the womb—a factor that also likely influences their migration between uteri. Once competitors are dispatched, about half way through the 12-month gestation period, the victorious babies can feast upon these eggs at their leisure.

In addition to cannibalizing their siblings, sharks reproduce using a wide variety of other, less violent, strategies. While perhaps 60% of species are viviparous, giving birth to live young like the tawny nurse shark and sand tiger shark, three families of shark are oviparous. The young of these sharks, which emerge from rectangular or conical egg cases attached to the substrate or to corals and sea grasses, are much smaller than those produced by viviparous species. Their only source of nutrition is the yolk in the egg case, so when that is gone, they must hatch and fend for themselves.

Of the 29 families of sharks, 26 gestate their young, which may be up to 30% of the length of their mothers when they are born. Some simply subsist on an attached yolk, hatch in the womb, and, receiving no further nutrition from their mothers, are born soon after. Others, such as great whites (Carcharodon carcharias), feed their young with a substance known as histotroph, or uterine milk, secreted from the uterine wall, after they hatch.

This lipid-rich nutritive fluid is absorbed through the gills and other membranes. These species typically move to oophagy later in the gestation period. Perhaps the strangest strategy of all—next to sibling cannibalism of course—occurs in whaler, hammerhead, and some other species of shark. Once the yolk is depleted, it morphs into a placenta, which then connects to the uterine wall, allowing the mother to nourish her young directly and filter toxins from their systems. This phenomenon was noted as early as the 4th century BC by Greek philosopher Aristoteles.

Though viviparity consumes massive amounts of time and energy—the spiny dogfish gestates its young for two years—the increased chances of survival appears to balance the cost. Unfortunately, overfishing and unnecessary culling has made it far less sustainable. Slowly reproducing species cannot keep up with the rate of harvest. In an encouraging twist, a number of shark species, including black tip reef sharks (Carcharhinus limbatus), zebra sharks (Stegostoma fasciatum), and bonnethead sharks (Sphyrna tiburo), have reproduced parthenogenetically in captivity. That is, females gave birth without mating with a male. Let’s hope these cunning creatures have more evolutionary tricks like that lurking in their ancient genes. They’re going to need them if they are to surmount the latest challenge to their survival—humans.