Adding a few nuts to your daily diet can help keep the weight off • Earth.com 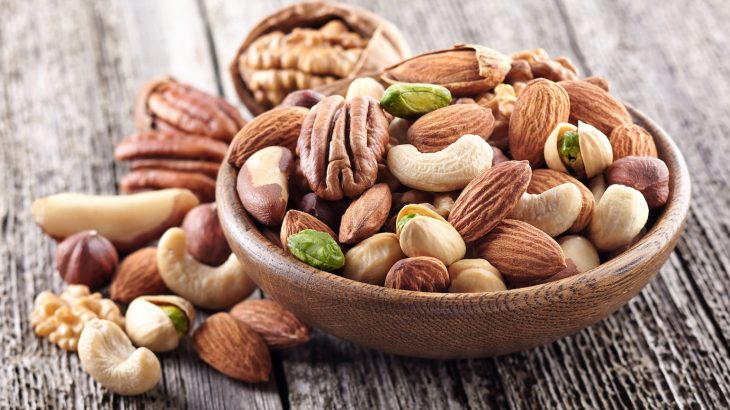 A long-term observational study has revealed that just half a serving of nuts can lower an individual’s risk of obesity.

According to the researchers, substituting unhealthy foods, such as processed meat or potato chips, with half an ounce of nuts may be an effective strategy to avoid the gradual weight gain that is associated with aging.

American adults gain an average of one pound per year, and weight gain of more than four or five pounds is linked to an elevated risk of heart disease, stroke, and diabetes.

While nuts are rich in healthy unsaturated fats, vitamins, minerals, and fiber, they are also high in calories, which makes them an unlikely choice for weight control. However, the new research suggests that the quality of a food may be more important than its quantity.

The analysis was focused on data from hundreds of thousands of healthcare professionals who had participated in three large previous studies, including the Nurses Health Study (NHS).

The participants were between the ages of 24 and 70 when they first enrolled, and were followed up with for more than 20 years – reporting on weight, physical activity, and diet. Every four years, the individuals were asked how often they had eaten a one-ounce serving of nuts, including peanuts and peanut butter, over the past year.

In all three studies, average nut consumption slowly yet steadily increased. The researchers determined that an increase in the consumption of any type of nut by half a serving a day was associated with a 15-percent lower risk of gradual weight gain and obesity.

Those who consistently increased their nut intake by more than half a serving a day were found to have a 23-percent lower risk of weight gain and obesity.

“In addition to the impact on human health, using environmentally friendly plant-based protein, such as nuts and seeds to replace animal sources of protein may contribute to the promotion of a global sustainable food system,” wrote the study authors.

The study is published in the journal BMJ Nutrition, Prevention & Health.