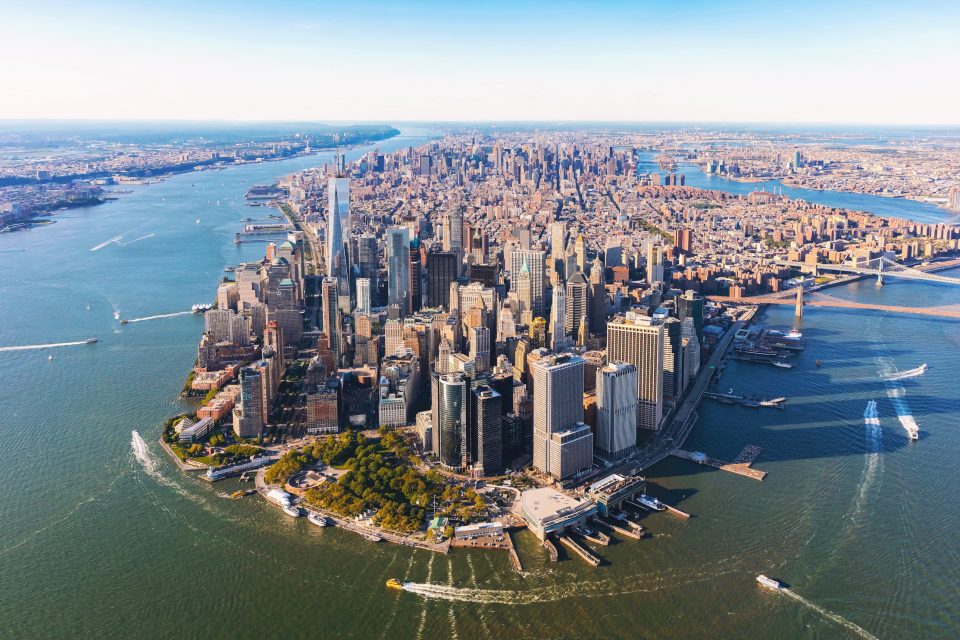 The mayor’s ten billion dollar plan involves extending lower Manhattan shoreline, essentially making the island bigger. The raised shoreline would be extended by 500 feet in some places and act as a barrier against rising flood waters.

Climate change projections estimate that sea levels around New York City coastlines could increase 18 to 50 inches by 2100, according to the state’s Department of Environmental Conservation.

With rising sea levels, flood-prone areas will increase as will damage to infrastructure, threatening the wellbeing and livelihoods of many New York City residents.

In many respects, Hurricane Sandy was a wake-up call for New York City,  after thousands of properties were destroyed in the 2012 storm.

Storms, hurricanes, and dangerous waves only expected to become more frequent and severe in the coming years.

In the next 30 years, 37 percent of lower Manhattan properties will be at risk from flooding, and by 2100 that number will increase to 50 percent, which is why it is imperative that the city take quick measures to mitigate future flood risks.

The mayor’s coastline project, which was announced on Thursday, would protect against six feet of sea level rise. 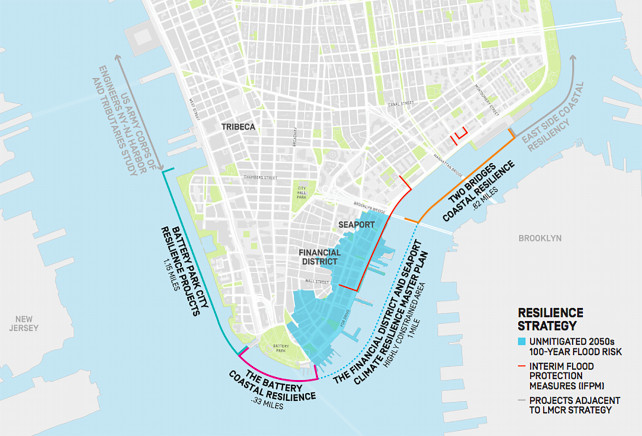 “Hurricane Sandy showed us how vulnerable areas like Lower Manhattan are to climate change,” said Mayor de Blasio. “That’s why we not only have to reduce emissions to prevent the most cataclysmic potential effects of global warming, we have to prepare for the ones that are already inevitable.”

Because of the high projected costs of the plan, the city will either need federal funding or, if that fails, the scheme will have to be funded privately.

“Our actions will protect Lower Manhattan into the next century. We need the federal government to stand behind cities like New York to meet this crisis head on,” Mayor de Blasio said.