Ocean temperatures in the Atlantic can be used to forecast droughts in the Amazon • Earth.com 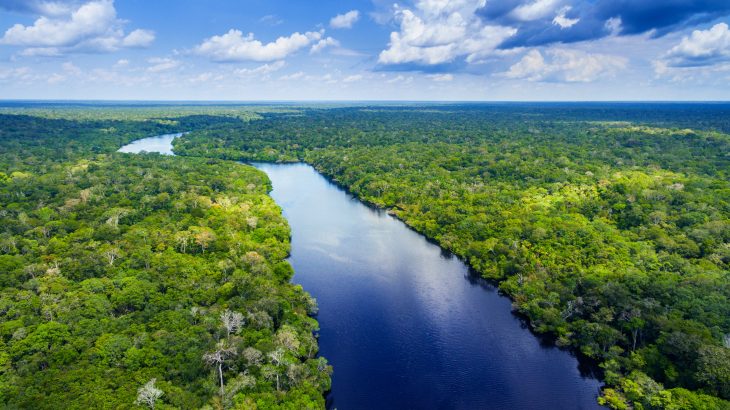 A study from the University of Copenhagen describes a new early-warning method for predicting droughts in the Amazon rainforest up to 18 months in advance. The experts have confirmed that sea surface temperatures in the adjacent tropical oceans can be used to forecast droughts in the central Amazon basin.

Weather extremes in tropical South America can cause enormous damage to ecosystems and threaten the livelihoods of millions of people. The ability to predict when droughts will strike can help to mitigate some of these impacts.

“The fact that changes in sea surface temperatures in the Pacific and the Atlantic oceans impact rainfall patterns in the tropical parts of South America is long known,” said Dr. Boers. “What we did was use a new complex network approach which made it possible to discriminate between areas in the oceans which have negative or positive effects on rainfall in tropical South America.”

The study revealed that monitoring two specific regions in the Atlantic Ocean will reliably forecast droughts in South America. These two areas, which are north and south of each other, sometimes go out of phase – one ocean region warms up while the other cools down. When this occurs, the Amazon is likely to experience a severe drought within one to 1.5 years.

Sea surface temperature anomalies in the two relevant areas of the Atlantic shift the so-called trade winds north or south. This changes the overall moisture budget for the Amazon, which cause severe droughts in the rainforest.

“For the first time, we can accurately predict drought in the tropical regions of South America as far as 18 months in advance. The two crucial factors in this research are the selection of the precise, relevant locations in the Atlantic Ocean, and the observation that the correlation between the southern and the northern ocean regions can be used for prediction,” said Dr. Boers.

There are numerous indigenous tribes in the Amazon whose way of life is already threatened by land removal and deforestation. In addition, farmers with cattle and fisheries throughout the Amazon depend on rainfall to keep lakes and rivers high enough for transport. An early warning system will give people the opportunity to prepare for drought conditions.

Unfortunately, there is no way to protect the forest itself from damaging droughts, which are increasing in frequency and duration. During two separate “droughts of a century” in 2005 and 2010, the Amazon rainforest was transformed from being a carbon sink to becoming a carbon source for months at a time.

Climate models predict the Amazon will eventually reach a tipping point due to global warming and deforestation. At this time, the rainforest will permanently transition into a savanna.

“It is really the combined effect of the two which is the problem. I am not expecting the Amazon to be there more or less like today at the end of my life,” said Dr. Boers.

The research is part of the TiPES project, an EU Horizon 2020 funded climate science project investigating tipping points in the Earth system.