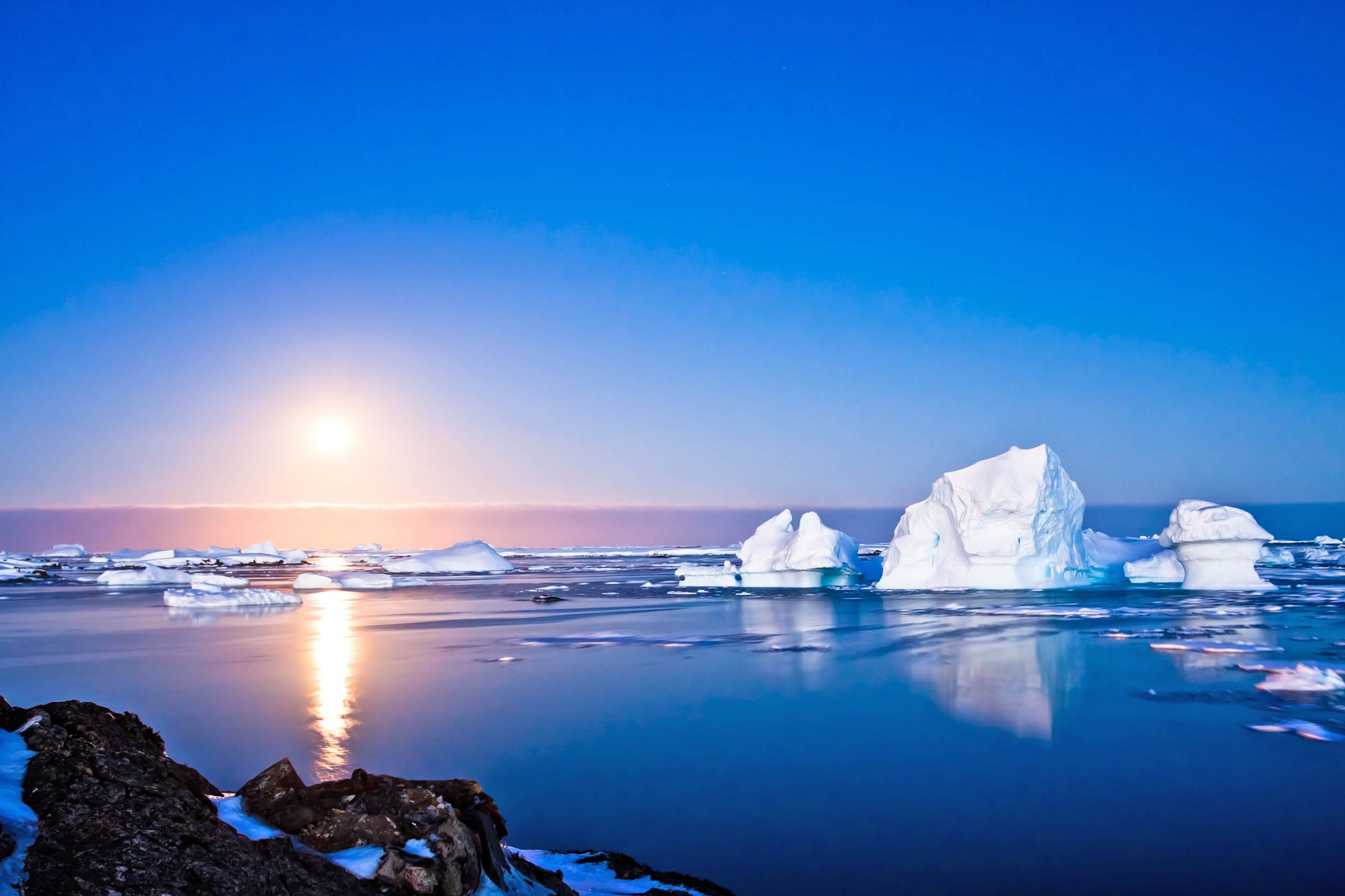 Up until a few years ago, mackerel were unknown in Greenland’s cold waters. The small oily fish typically spawned west of the British Isles and then migrated toward the northeast along the Norwegian current to feed for the summer. But in 2007, they began to show up in large numbers in the Irminger Current around Iceland. On the ocean highway, where they once turned right, they now turned left.

By 2011, the mackerel had found their way into Greenlandic waters, prompting the launch of a new fishery. Three years later, the mackerel fishery made up 23 percent of Greenland’s export earning, an “extreme example of how climate change can impact the economy of an entire nation,” Teunis Jansen, a researcher at the Technical University of Denmark, said in a release.

The mackerel aren’t the only species being affected by warmer oceans. Soaring temperatures and ocean warming have pushed entire groups of species toward the poles, caused increases in disease in plants and animals and changed weather patterns, according to a report launched this week by the International Union for Conservation of Nature (IUCN). Marine species are moving northward at a rate roughly five times faster than the migration of land animals.

The report, released during the IUCN World Conservation Congress in Hawaii, highlights the impacts of ocean warming on marine life, from microorganisms to mammals. Eighty scientists from a dozen countries worked on the report, considered to be the most comprehensive collection of research on the planet’s warming oceans.

“We were astounded by the scale and extent of ocean warming effects on entire ecosystems made clear by this report,” said Dan Laffoley, an IUCN marine adviser and one of the report’s lead authors.

The world’s oceans have acted as a buffer against climate change. A “staggering 93 percent” of the heat produced by human activities has been absorbed by the world’s oceans, Laffoley said. If the heat had entered the atmosphere instead of the oceans, the Earth would have warmed not by the 1C (1.8F) we have already experienced, but by 36C (64.8F). “Up to now, the ocean has shielded us from the worst impacts of climate change,” the report’s authors write.

Temperatures have risen most dramatically in the Arctic, where air temperatures over the Arctic Ocean have increased by 1–2C (1.8–3.6F) since 1980, melting sea ice and the undersides of glaciers.

The loss of sea ice has many consequences. Ice acts as a physical barrier, preventing species from moving from one ocean to another and filtering the amount of light that enters the water. Without it, there is an increased chance that species could use Arctic waters to migrate between the Pacific and Atlantic oceans, the report said.

The thinning ice has also led to plankton blooms, which fundamentally shift the food available in the ecosystem, said Olof Linden, a marine environmental scientist at the World Maritime University, at the U.N.’s International Maritime Organization, and the author of the Arctic chapter in the report. Linden said the report focused on the biological aspects of warming Arctic waters, but he recognized that there would be many knock-on effects for the people who live along the coasts.

“The change in ice cover has a dramatic impact on the ecosystem and biodiversity,” said Linden. “At the surface, there is now a soup of plankton and short-lived pelagic fish, like herring and sprat living up there. The groupers, the haddock are all gone because they cannot live off of those plankton.”

Warmer temperatures are already having an effect on bird populations that frequent the Arctic. Ivory gulls in Arctic Canada have declined by 70 percent and the number of Arctic skua breeding in Scotland declined by 74 percent between 1986 and 2011. Studies suggest that black-legged kittiwakes could be extinct in Norway within the next 10–100 years.

The length of the Arctic summer (reduced ice conditions) has already increased by 5–10 weeks throughout the Arctic – and by more than 20 weeks in the Barents Sea region, putting ice-dependent mammals on the edge. As the sea ice retreats, the reproductive success of pack-ice breeding seals will plummet and polar bears are likely to be pushed out of much of their current range in 50–70 years, according to the report.

And, at some point, the report said, the warming ocean could unlock billions of tons of methane frozen within the permafrost contained within the seabed, beneath the oceans.

Arctic species are thought to be particularly susceptible to warming ocean temperatures, because they are highly specialized in terms of what they eat, how they hunt and where they live.

There are measures that can be taken to reduce the vulnerability of the Arctic ecosystem to added human pressures, such as controlling emissions, waste and ballast waters from ships traveling in Arctic waters and minimizing the risk of an oil spill, said Linden.

“As fish species move to new jurisdictions, they could create conflicts for access,” said Brian Mackenzie, a researcher at the Technical University of Denmark. “[We] need to have clear science-based management policies in place, compliance, etc. … to avoid conflicts like what happened a few years ago when mackerel and herring moved farther North in N.E. Atlantic and created conflicts among different countries.”

Marine protected areas play a role, but the size of these areas is crucial to their success. They must contain many habitats of the same type and of different types in the same area to preserve the ecosystem, said Linden.

He points to the recent expansion of Papahānaumokuākea, an existing ocean reserve off the coast of Hawaii, which will now be the world’s largest marine protected area, covering 1.5 million square kilometers (582,578 square miles). Russia announced the enlargement of its Arctic National Park to include islands in the Franz Josef Land Archipelago and parts of the adjacent seas, making it Russia’s largest national park and marine wildlife sanctuary at 88,000 square kilometers (34,000 square miles).

But at its core, ocean warming is a “global temperature effect,” said Linden. “The only way to deal with it is to stop pumping out carbon dioxide into the atmosphere.”