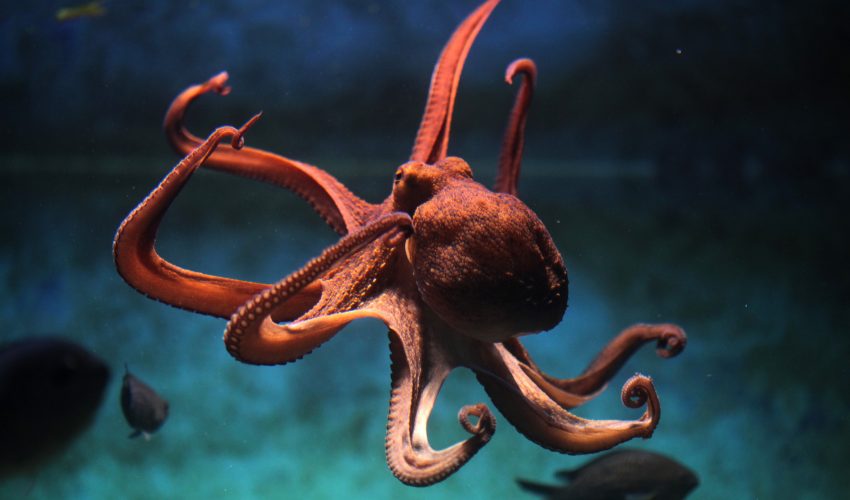 Octopus and cuttlefish are some of the most intelligent creatures in the world, a fact that scientists have known and studied for decades. But it’s not just their brains that can be called intelligent – it’s their skin as well. Both cephalopods are able to instantaneously change their skin pattern and color in order to camouflage and blend into their environment. But it doesn’t stop there; these animals can also mold their skin into a textured, 3D surface in order to mimic the landscape around them.

Now, a team of engineers at Cornell University have invented camouflage stretchable surfaces with programmable 3D texture inspired by the real skin of octopus and cuttlefish. The material mimics the 3D bumps on the surface of these animals’ skin – known as papillae. Cephalopods can express these papillae in one-fifth of a second in order to mimic textures, and then retract them in order to swim away without any hydrodynamic drag.

“Lots of animals have papillae, but they can’t extend and retract them instantaneously as octopus and cuttlefish do,” says Roger Hanlon, a cephalopod biologist at the Marine Biological Laboratory (MBL) who is the leading expert on cephalopod dynamic camouflage. “These are soft-bodied molluscs without a shell; their primary defense is their morphing skin.”

Papillae are what are known as a muscular hydrostat, which is a biological structure that is entirely made of muscle with no skeletal support – such as your tongue. Hanlon and members of his laboratory were actually the first to describe the structure, function, and biomechanics of the morphing 3D papillae in detail. However, their major breakthrough was in creating synthetic tissue groupings that contain programmable, 2D stretchable materials that can extend and retract into 3D shapes.

“This is a classic example of bio-inspired engineering,” says Hanlon. He also believes it has a range of potential applications, such as being able to reflect light in its 2D spaces and absorb light in its 3D shapes. “That would have applications in any situation where you want to manipulate the temperature of a material,” he says.

When animals have survived for millions of years in one of the least-friendly environments on earth, it makes sense that we should study their most dynamic traits in an attempt to mold them to our own uses. Some day soon, we may see wearable materials that can camouflage you just as well as a cephalopod!