Octopuses are more social than we thought, but sometimes fight • Earth.com 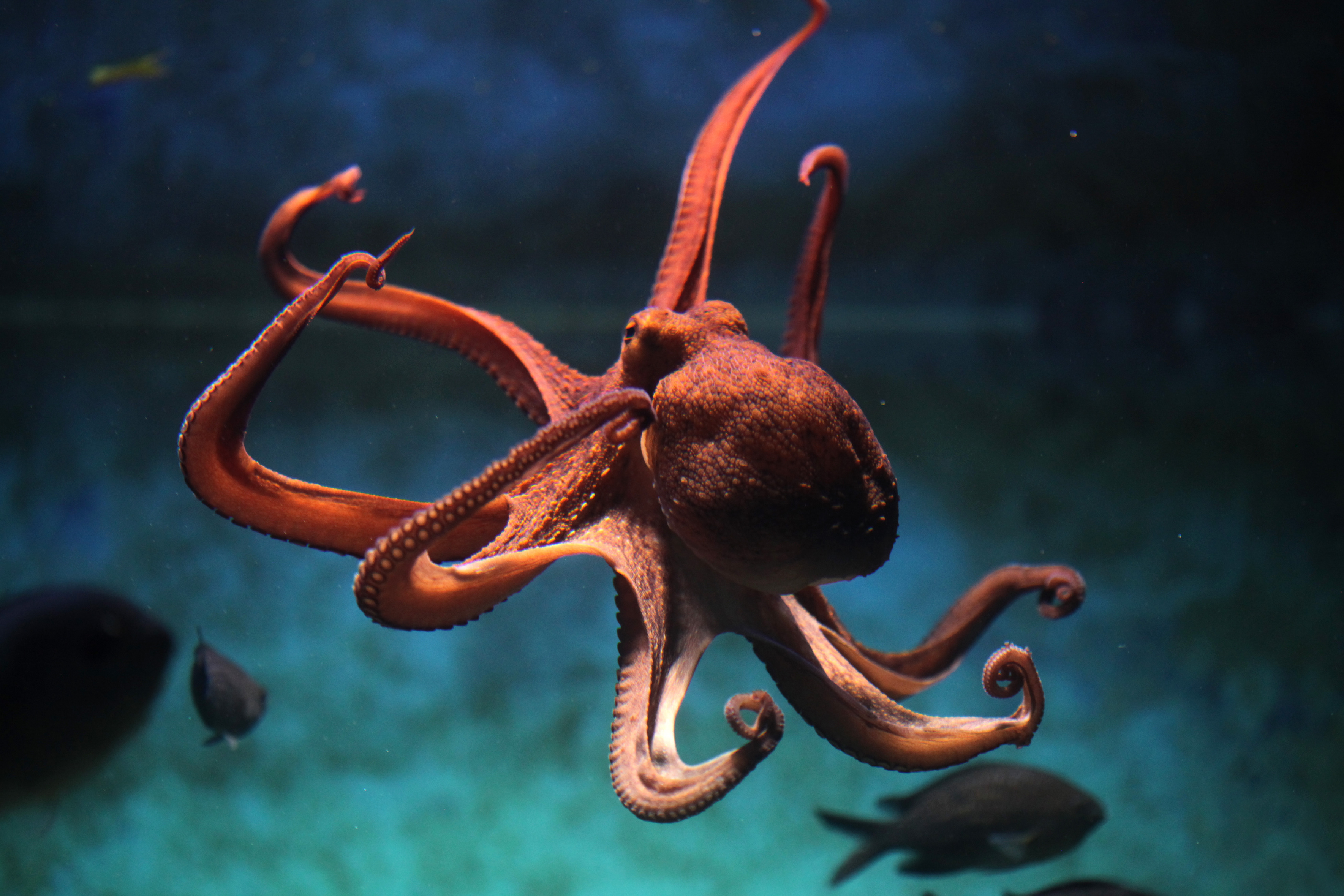 Octopuses are more social than we thought, but sometimes fight

Octopuses are incredibly intelligent, remarkable creatures whose brains work in completely different ways than other animals. They shift color and change shape to camouflage with their surroundings, they can open jars, and are known to be Houdini-like escape artists for their ability to fit through almost any space as long as the opening can accommodate their beak.

Until recently, scientists were sure octopuses were solitary creatures, only coming together to mate and then spending the majority of their life alone. But now, a team of researchers have found two separate colonies of congregated octopuses in the same area.

The sites, called Octopolis and Octlantis, were discovered off the east coast of Australia. Octopolis, a settlement of 16 octopuses was first found in 2009, while Octlantis is just a few hundred meters away with fifteen octopuses.

The divers who recorded footage of the octopuses found that the cephalopods communicated with each other, built dens from old shells, and would sometimes defend their territory or show aggression to warn other octopuses to stay away.

The researchers studying the groupings think that their congregating is due in part to the geological makeup of the seafloor where they were found.

“At both sites, there were features that we think may have made the congregation possible – namely several seafloor rock outcroppings dotting an otherwise flat and featureless area,” said Stephanie Chancellor, a Ph.D. student from the University of Illinois,Chicago and an author of the study.

The researchers concluded that under the right circumstances, octopuses might come together and be more social than ever expected. Further observations of these octopus settlements could help scientists better understand behavioral patterns and communication among certain cephalopods.