Ohio gas pipeline may be halted by a tiny bat species • Earth.com 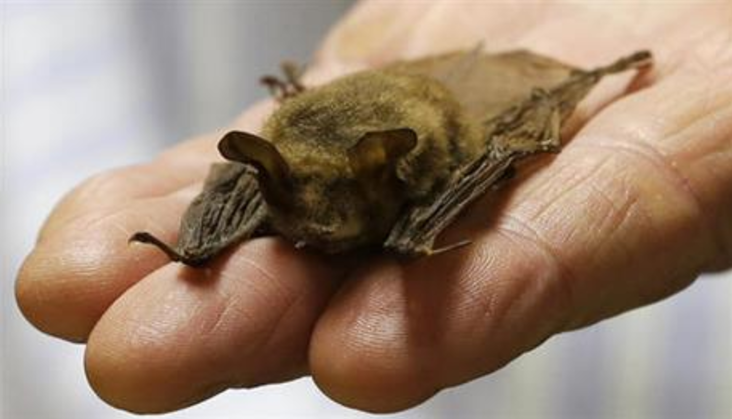 Ohio gas pipeline may be halted by a tiny bat species

When protesters try to prevent a construction project from moving forward, they employ all sorts of creative methods. They gather in huge crowds to chant, sing, and shout down developers. They unfurl huge banners to get their message out. Sometimes they even chain or handcuff themselves to construction equipment to bring operations to a screeching halt. Now, critics of a high-pressure Ohio gas pipeline slated to be constructed across the northern half of the state are receiving some unexpected help from the animal world. It may be that giant bulldozers and big money are no match for a tiny, furry bat that dwells in the area.

The northern long-eared bat lives in caves and trees throughout the route that has been proposed for the NEXUS pipeline. The developers of the NEXUS – Spectra Energy and DTE Energy – were successfully able to argue against pipeline opponents’ suggestions that the project should be rerouted through less populated areas that don’t bring it near homes and businesses. The Federal Energy Regulatory Commission shot those arguments down, saying that the current proposed pipeline route doesn’t pose any environmental problems.

The bats, however, create a new problem for developers, as these tiny creatures are classified as a threatened species. Their status prevents construction crews from chopping down trees in the bats’ habitat area between April 1 and September 30.

This could create a huge delay for the NEXUS project, as it’s scheduled to be completed and begin delivering gas later this year.

John Medina, a resident of Medina County, is on the forefront of the fight to keep the pipeline from being constructed along the current route. He and other property owners worry about the potential danger of having a pipeline with explosive natural gas running so close to their backyards and businesses.

They hope that the bats will throw a serious wrench in the planned Ohio gas pipeline.

“Time is our friend and their foe,” Medina told the Associated Press.