Maybe oil and water really can mix after all • Earth.com 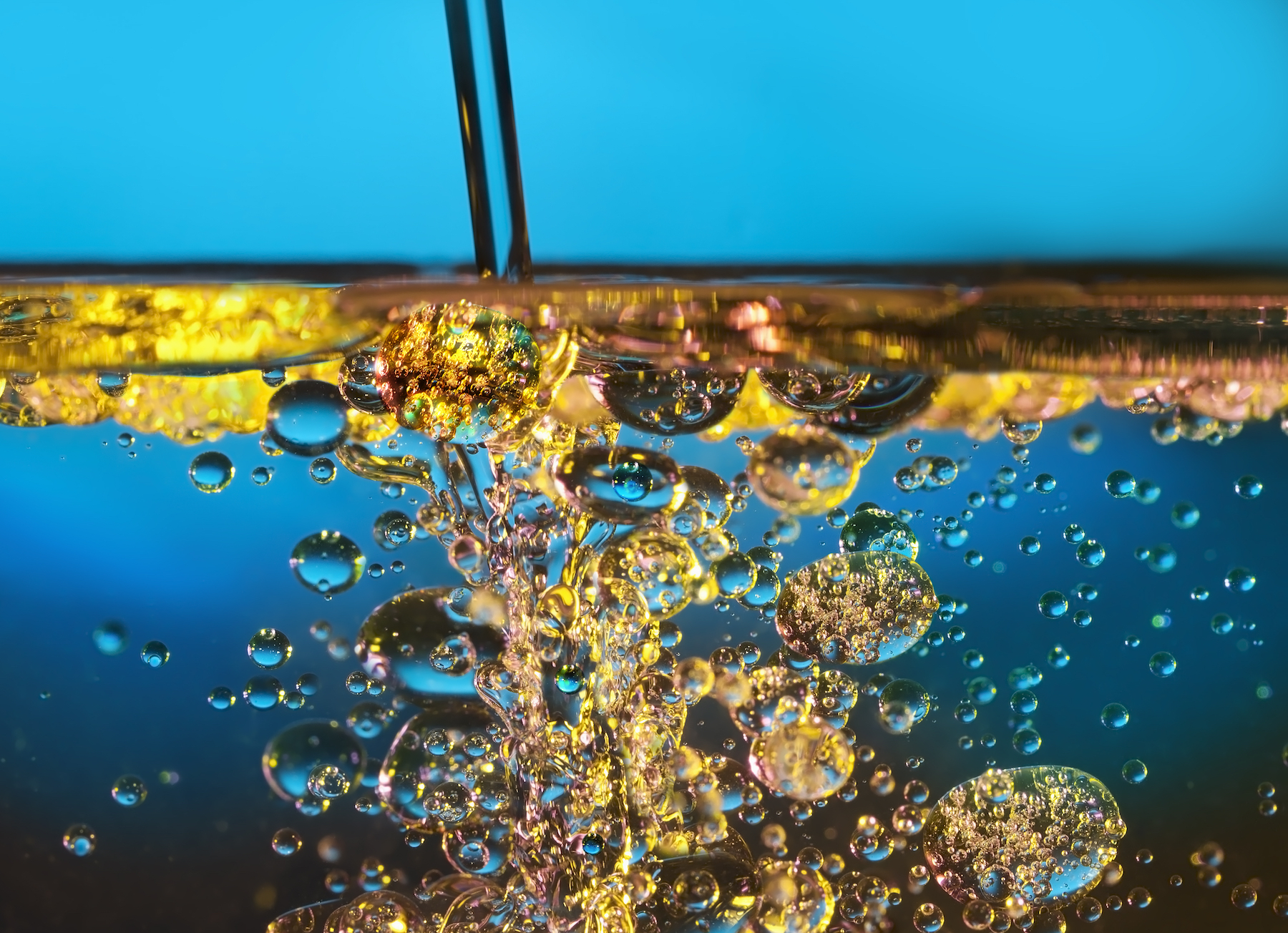 Maybe oil and water really can mix after all

Have you ever taken a bottle of salad dressing out of the fridge and realized it had separated over time? No matter how vigorously you shake the bottle, it can seem like the oil in the dressing just refuses to mix with the rest of the ingredients.

This is because water is denser than oil, so the water sinks to the bottom, hence the meaning behind a thousand cliches about how the two don’t mix.

Oil and water emulsions, despite their incompatible properties, are used in everything from pharmaceuticals, to food processing and cosmetics.

The emulsions are typically made by mechanically shaking oil and water together rapidly, or using sound waves to produce vibrations within the liquids that keep the water droplets small enough to stay within the oil.

The problem with water’s density when creating these emulsions is that the water droplets have to stay microscopic to stay in the oil, but separation occurs when the water droplets combine, eventually separating. On top of that, these processes require massive amounts of energy, making them costly.

But now, researchers from the Massachusetts Institute of Technology (MIT) have created a new process to mix oil and water that remains stable for an extended period of time.

The researchers designed a bottom-up assembly approach that involves water vapor condensing into the oil.

The oil is cooled in an oil bath with a surfactant, a soap-like substance. Both the cooling bath and surfactant were key for allowing nanoscale water droplets to sink into the oil.

“The key to overcoming that separation is to have really small, nanoscale droplets,” said Ingrid Guha, the co-author of the study. “When the drops are small, gravity can’t overcome them, and they can remain suspended indefinitely.”

The researchers were able to produce small-scale emulsions that stayed mix together for months using this process.

This study has many exciting implications in pharmaceuticals, cosmetics, and processed foods, where oil and water emulsions are necessary but often unstable.