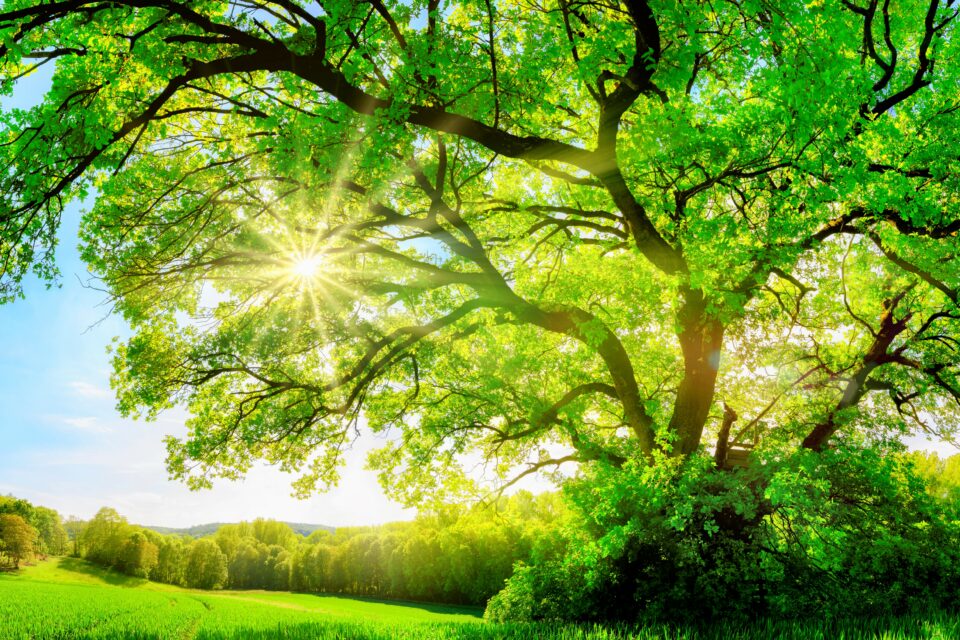 Society is becoming increasingly aware of the detrimental effects that rising CO2 levels will have on the climate, but until recently, little has been known about the effect that this will have on photosynthesis. A new study led by the University of Birmingham exposed old oak trees to elevated levels of CO2.. Over the course of three years, the 175-year-old oaks responded to rising CO2 levels by increasing their rate of photosynthesis.

The team worked in collaboration with colleagues from Western Sydney University’s EucFACE eucalyptus forest. The university is conducting the experiment with an old oak forest, using CO2 levels that represent the average levels expected by 2050.

The researchers measured carbon levels within the wood, roots, leaves, and soil of the oak trees in order to pinpoint changes in photosynthesis and locate where and how excess CO2 is stored.

“I’m really excited to contribute the first published science results to BIFoR FACE, an experiment of global importance,” expressed lead researcher Anna Gardner. “It was hard work conducting measurements at the top of a 25 m oak day after day, but it was the only way to be sure how much extra the trees were photosynthesizing.”

The results of the study concluded that photosynthesis rates of the oak trees increased by up to a third, with the highest rate of change being found in trees exposed to strong sunlight.

It was also discovered that ratios of the key nutrients carbon and nitrogen did not change in the leaves, demonstrating that the old oak trees can adapt to redirect nitrogen into the soil to balance out the increased intake of carbon.

“Previous work at EucFACE measured photosynthesis increased by up to a fifth in increased carbon dioxide,” explained Professor David Ellsworth. “So, we now know how old forest responds in the warm-temperate climate that we have here in Sydney and the mild temperate climate of the northern middle latitudes where Birmingham sits. At EucFACE we found no additional growth in higher CO2, and it remains to be seen if that will be the case for BIFOR as well.”

“We are sure now that the old trees are responding to future carbon dioxide levels,” said Professor Rob MacKenzie, Founding Director of BIFoR. “How the entire forest ecosystem responds is a much bigger question requiring many more detailed investigations. We are now pushing ahead with those investigations.”

The results of the study have been published in the journal Tree Physiology.