Having an older dad linked to higher health risks for infants • Earth.com 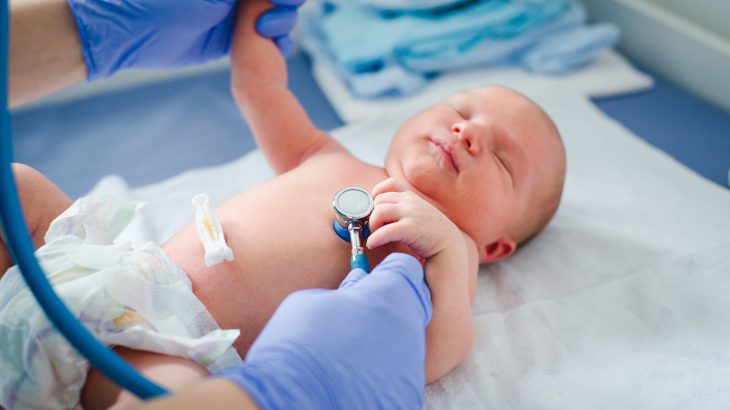 Having an older dad linked to higher health risks for infants

As we reported last year, a study was published reporting that the number of older men fathering children was rising. Just four decades ago, only 4 percent of infants were born to fathers over the age of 40. Nowadays, that number has crept up to 10 percent. This shift was seen across the United States amongst different races, education levels, and locations. And while it may be an indication of shifting cultural dynamics resulting in men waiting to begin having children, it does carry some more concerning implications.

The same researcher was part of that 2017 study – Dr. Michael Eisenberg, an associate professor of urology at Stanford University School of Medicine – has now published a new study detailing the health consequences for infants who have older fathers.

The study is published in the British Medical Journal, and reports that babies with older fathers have average lower birth weights and increased risk of seizures. Furthermore, over a decade of data from more than 40 million births also suggests that the age of the father can influence the health of the mother during pregnancy – specifically her risk of developing diabetes.

“We tend to look at maternal factors in evaluating associated birth risks, but this study shows that having a healthy baby is a team sport, and the father’s age contributes to the baby’s health, too,” explains Eisenberg.

“What was really surprising was that there seemed to be an association between advanced paternal age and the chance that the mother would develop diabetes during pregnancy,” says Eisenberg. Women who had a partner age 45 and older were 28 percent more likely to develop gestational diabetes, compared to women with partners between 25 and 34. The exact causes behind this phenomenon are unknown.

Still, these findings aren’t a significant enough reason to change any life plans you may have as you age. Eisenberg compares the increased risks to buying lottery tickets.

“If you buy two lottery tickets instead of one, your chances of winning double, so it’s increased by 100 percent,” he explains. “But that’s a relative increase. Because your chance of winning the lottery started very small, it’s still unlikely that you’re going to win the lottery. This is a very extreme example, but the same concept can be applied to how you think about these birth risks.”

In the future, Eisenberg hopes these findings are used as information to help educate people who are in the process of planning a family, as well as educate public and health officials.