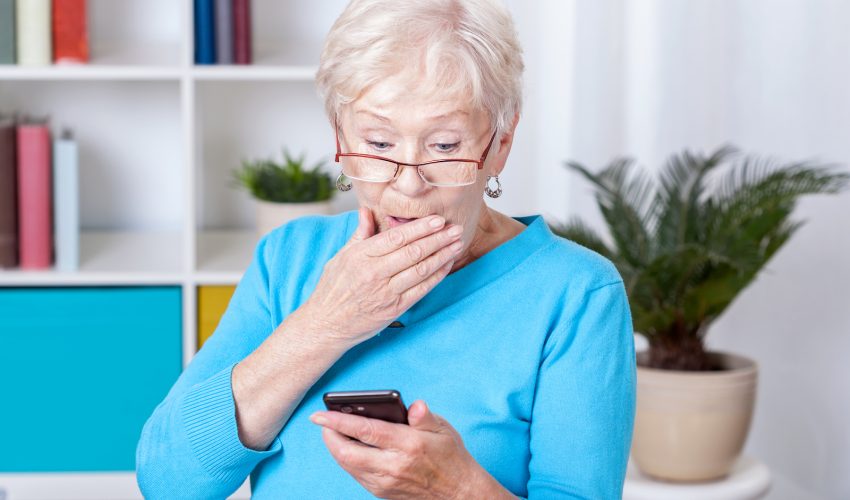 There’s a reason why older people are more easily distracted

A new study led by the University of Southern California has found that older adults are more likely to get distracted while experiencing stress and other powerful emotions. Senior adults placed in a stressful situation were found to lose focus due to irrelevant information much more often than young adults.

The researchers found the lack of concentration among older adults to be linked to a tiny region of the brain stem, the locus coeruleus, which connects to many parts of the brain and boosts focus during times of panic or stress. The results of the study suggest that this region loses its power to support attentiveness with age.

“Trying hard to complete a task increases emotional arousal, so when younger adults try hard, this should increase their ability to ignore distracting information,” said Mather. “But for older adults, trying hard may make both what they are trying to focus on and other information stand out more.”

“Initial signs of this pathology are evident in the locus coeruleus in most people by age 30,” said Mather. “Thus, it is critical to better understand how locus coeruleus function changes as we age.”

The participants were shown pairs of images featuring buildings and objects in which one of the images was clear and highlighted, while the other was faint. The subjects were asked to report which picture was highlighted in each pair.

The trials started off with sounds which indicated whether or not the individuals may receive an electric shock at the end of the test. Participants showed greater pupil dilation and sweat during trials when they might get a shock, indicating greater physiological arousal.

Younger adults who were anticipating a shock showed amplified activity in response to the clear images and showed decreased activity when they saw faint images. Regions of the brain that control what is focused on and what is ignored had unobstructed pathways linked to the locus coeruleus, enabling the young participants to ignore irrelevant information.

On the other hand, the connection between these critical regions was interrupted across the older adults when they were anticipating a shock, as signals from the locus coeruleus were no longer receiving a response. The older adults also showed heightened activity associated with pictures that were both clear and faint, demonstrating that they were less able to be selective under emotional stress.

“Deciphering exactly how these changes in the brain occur as we age could one day help us uncover how to protect the brain from cognitive decline and loss of function,” said Mather.

An estimated 5.7 million Americans suffer from Alzheimer’s disease, which is the sixth-leading cause of death in the country.