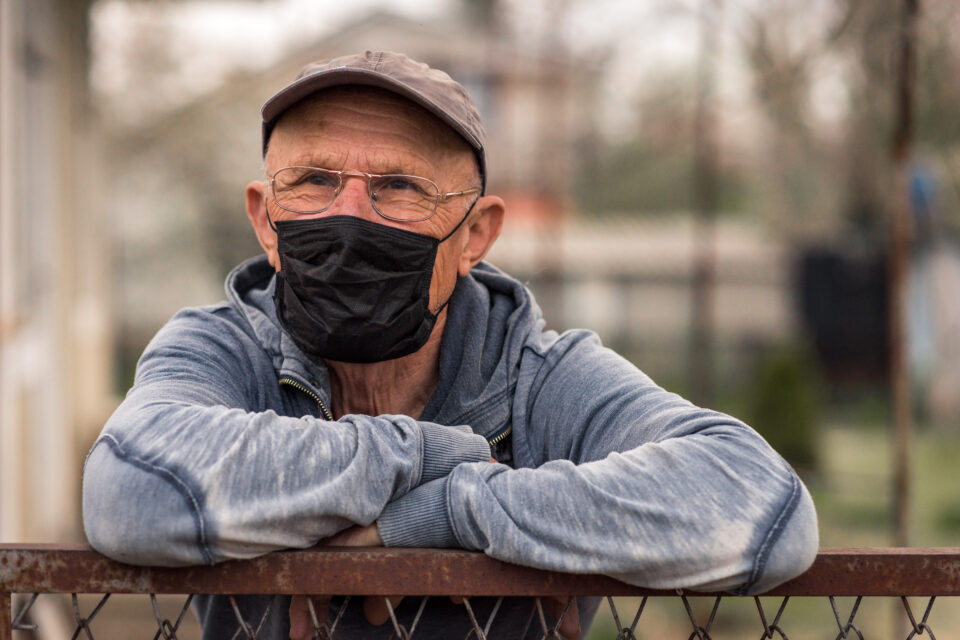 Older people twice as likely to suffer from pandemic depression

The first data from COVID-19 research by the Canadian Longitudinal Study on Aging (CLSA) has been published today in the journal Nature Aging. The analysis shows that the pandemic has had significant impacts on the mental health of older people, particularly those who were lonely, isolated or had pre-existing medical conditions.

The research team, led by Parminder Raina from the McMaster University, found that 43 percent of adults aged 50 or older experienced moderate or high levels of depressive symptoms at the beginning of the COVID-19 pandemic, and that this rate increased over time.

Data was collected using telephone and online surveys to examine how factors such as health status, income and social participation had impacted the development of depressive symptoms in older people. Data was gathered during the initial lockdown, starting in March 2020, and after re-opening following the first wave of COVID-19 in Canada.

The researchers found that loneliness was the most significant predictor of worsening depressive symptoms, with other pandemic-related stressors, such as family conflict, also increasing the odds. In addition, people with lower income and poorer health, either due to pre-existing health conditions or health concerns that developed during the pandemic, experienced a greater impact.

“The COVID-19 pandemic has had a disproportionate impact on older adults, with groups of people who were already marginalized feeling a far greater negative impact,” said Raina, who is a lead principal investigator of the CLSA and also a professor in the Department of Health Research Methods, Evidence, and Impact and scientific director of the McMaster Institute for Research on Aging.

“Those who were socially isolated, experiencing poorer health and of lower socioeconomic status were more likely to have worsening depression as compared to their pre-pandemic depression status, collected as part of the Canadian Longitudinal Study on Aging since 2011.”

Women were also disproportionately affected, with higher odds of pandemic depression than men. Female respondents reported that factors such as separation from family and increased time caregiving were stressors during this time.

The CLSA is a large, national, long-term study that follows approximately 50,000 adults, aged between 45 and 85 when first recruited. The study aims to understand how changing biological, medical, psychological, social, economic and lifestyle factors impact the health of people as they age. The platform is funded by the Government of Canada through the Canadian Institutes of Health Research and the Canada Foundation for Innovation.

“These findings suggest the negative mental health impacts of the pandemic persist and may worsen over time, and [this] underscores the need for tailored interventions to address pandemic stressors and alleviate their impact on the mental health of older adults,” concluded Raina.