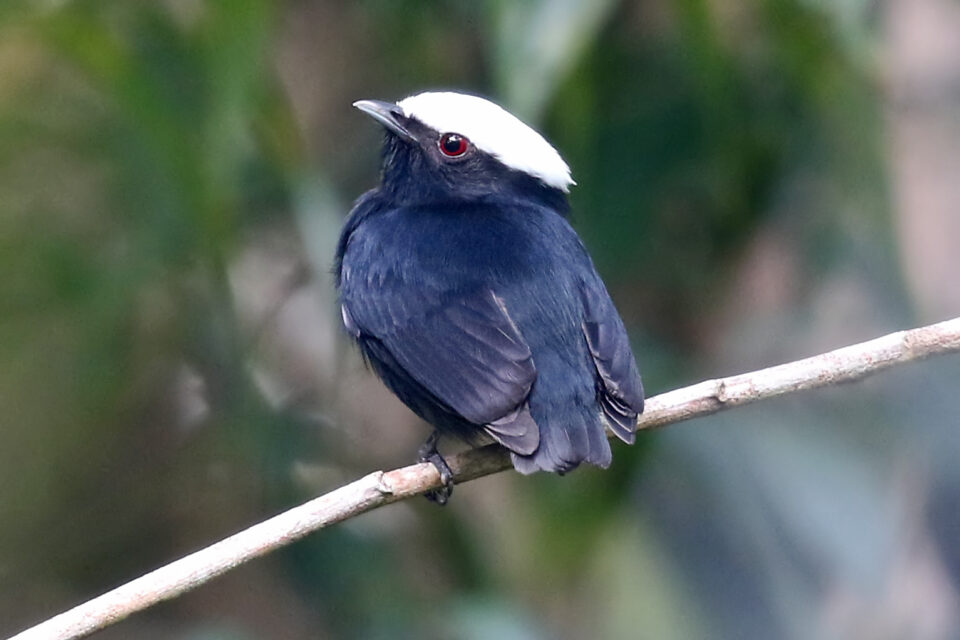 A new study of the small but charismatic White Crowned Manakin indicates that it may actually be more than one species of tropical bird. The research also suggests this unexpected diversity is inherent in the landscape of South America itself.

Study lead author Dr. Jacob Berv conducted the research while a Ph.D. student in the Cornell Lab of Ornithology, and is currently a Life Sciences Fellow at the University of Michigan.

“We found that the White-crowned Manakin probably originated in the highland forests of the Andes Mountains in northern Peru,” explained Dr. Berv.

“Today, this bird is also found across the Amazon Basin, in the lowland rainforests of Brazil, Peru, and many other countries, including parts of Central America.”

The wide and varied landscape of South and Central America, ranging from mountains to lowland forest, is the driver behind speciation.

“This study shows that there is a lot of evolutionary history embedded in what is commonly referred to as a ‘single widespread’ species in Amazonia,” said study co-author Camila Ribas of Brazil’s National Institute of Amazonian Research.

“The White-crowned Manakin is an example of a phenomenon that is probably more the rule than the exception in Amazonia—diversity is vastly underestimated by the current taxonomy.”

At roughly 2.5 million years, manakins spread into the Andes, where many remain today. The remaining populations became isolated from the other tropical birds in insulated pockets of habitat created by mountains and rivers.

Over time, these separate populations drifted apart from each other in terms of evolution, becoming different species with different mating rituals, songs and plumage. The differences in mating behavior are especially important for their definitions as different species.

“In order to understand evolutionary processes in Amazonia we need many more studies like this one, with dense geographical sampling,” said Ribas. “For this we need to support biological collections that are able to accumulate samples through time.”

The study is published in the journal Molecular Phylogenetics and Evolution.