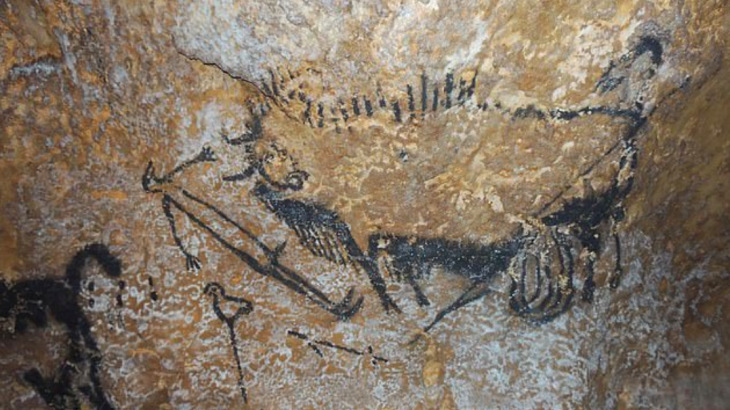 An intriguing new study has revealed that some of the oldest cave paintings in existence are not simply pictures of wild animals, as they appear to be. Experts have determined that the animals are actually symbols that represent star constellations, which demonstrates that ancient people had a much more advanced concept of astrology than previously realized.

The analysis of cave paintings located at sites across Europe has revealed that they were used to represent dates and mark events such as comet strikes. As far back as 40,000 years ago, humans were already keeping track of time using knowledge about how the positions of the stars shifted over thousands of years.

The study findings suggest that ancient people understood an effect caused by the gradual shift of Earth’s rotational axis known as precession of the equinoxes. This discovery has long been attributed to the ancient Greeks.

According to the research, people could define dates to within 250 years around the time that Neanderthals became extinct, and possibly even before people settled in Western Europe.

When the team examined artwork featuring animal symbols at cave sites in Turkey, Spain, France, and Germany, they discovered that all of the sites used the same method of date-keeping based on sophisticated astronomy, even though the paintings were separated in time by tens of thousands of years.

Even the world’s oldest sculpture from 38,000 BC, the Lion-Man of Hohlenstein-Stadel Cave, was found to conform to this ancient time-keeping system.

Dr. Martin Sweatman of the University of Edinburgh‘s School of Engineering is the lead author of the study.

“Early cave art shows that people had advanced knowledge of the night sky within the last ice age. Intellectually, they were hardly any different to us today,” said Dr. Sweatnam. “These findings support a theory of multiple comet impacts over the course of human development, and will probably revolutionise how prehistoric populations are seen.”

This study is published in the Athens Journal of History.