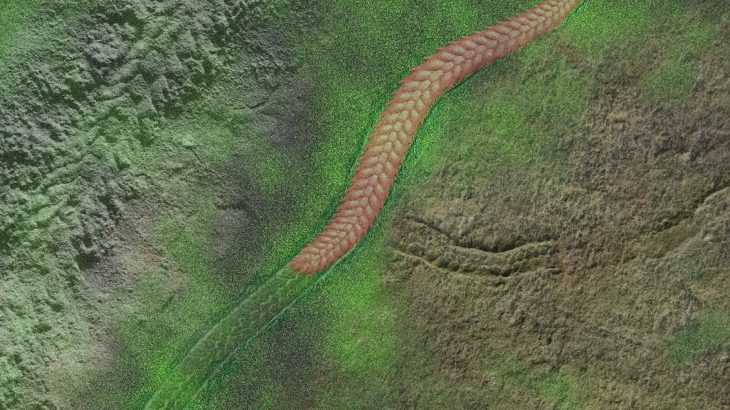 A team of international researchers have discovered a fossil that may be one of the oldest mobile and segmented animals ever to exist on Earth.

The fossilized death march of the bilaterally symmetrical animal (dubbed “bilaterian”) was found in a 550-million-year-old rock in China, placing its existence in the Ediacaran Period (635-539 million years ago).

The evolution of bilaterians with segmented body parts is a huge event in early animal evolution, and this discovery, called Yilingia spiciformis, is the first piece of evidence to show that this evolution occurred during the Ediacaran Period, as previously estimated.

This fossil is especially unusual because of the connected and preserved trail it made while it moved across the earth. This animal-and-trail connection helps scientists understand the producers of other Ediacaran trace fossils.

This discovery, published in Nature, will help scientists better understand the origin of segmentation and animal motility, which led to the Cambrian substrate and agronomic revolutions.