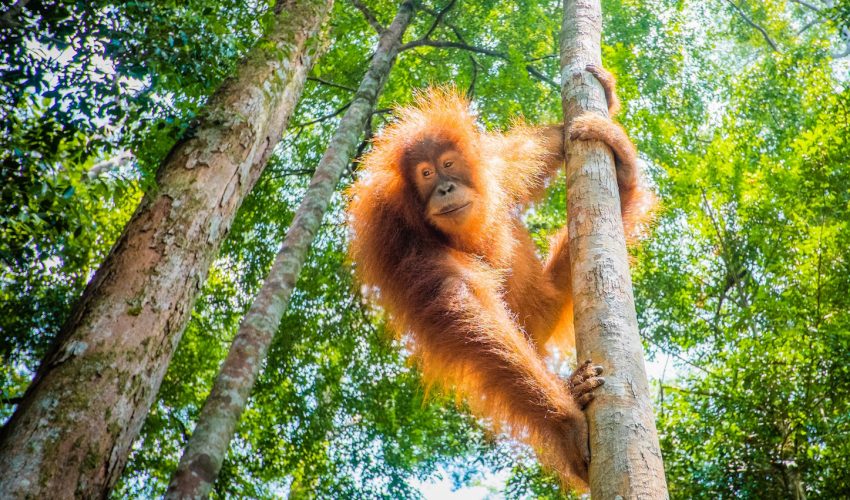 We often think of medicine as an entirely human invention. We’re the species that researches and manufactures countless drugs and other medications; we perform surgery and reset broken bones. But a new study from researchers out of the Borneo Nature Foundation has found that orangutans may have a knowledge of natural medicines that are still unknown to humans.

The Borneo Nature Foundation has been filming apes since 2003, and has collected over 20,000 hours of recordings. In the Sabangau Forest in Borneo, orangutans were spotted using their own herbal medicine. These apes were filmed chewing a specific plant into a later, which they used to rub on their limbs as an ointment for aches and pains. None of the leaves were swallowed, but the remaining pulp was instead spit out by the apes.

Through testing the plant, the researchers found that it was Dracaena cantleyi, which is actually used by the orangutan’s indigenous human neighbors in that forest. The indigenous people also use it for treating aches and pains.

While there have been reports of apes swallowing medicines, this is the first time an ape has been observed using a plant to create an ointment.

“This is very exciting news as it confirms self-medication in orangutans, the first report of self-medication in an Asian ape, and for the first time, to our knowledge, the external application of an anti-inflammatory agent in animals,” says Dr. Helen Morrogh-Bernard of the University of Exeter, Co-Director of Borneo Nature Foundation and lead author of the paper.

Pharmacological laboratory analyses revealed that these leaves do have anti-inflammatory properties, which “also opens up the question as to what other plants orangutans may use for medicinal purposes, a topic we know very little about,” the authors say.

While it’s unlikely that orangutans will lead us to the cure for cancer, it’s intriguing to know that these animals that are so like us are even closer in intellect than we may have thought.