Organic growers and the controversy over hydroponics • Earth.com 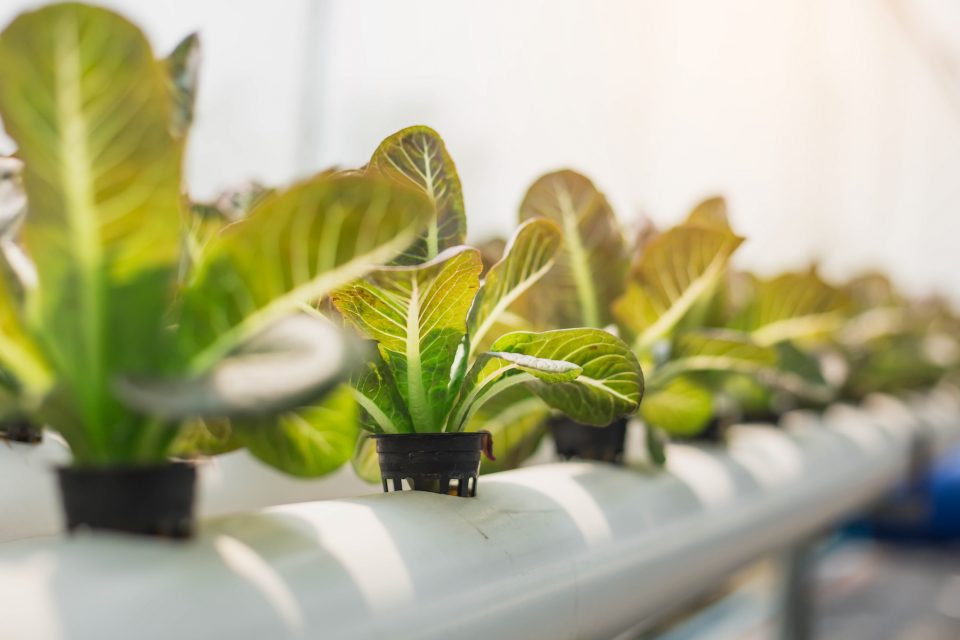 Organic growers and the controversy over hydroponics

Hydroponic growing is very different from traditional agriculture.  The basics of hydroponics are simple – instead of growing a plant in soil, the roots of the plant are immersed in an oxygen and nutrient rich water.

There are many benefits of growing hydroponically. Hydroponic plants grow faster and create higher yields, while pests, nutrients, and other factors are more easily controlled.  Hydroponic growing is also often carried out in a greenhouse, where growing conditions can be controlled to an even greater degree. Hydroponic systems are efficient in their use of land; small sized hydroponic growers can produce profitable crops in buildings inside cities.  For proponents, hydroponic growing systems are the forerunners of the future of localized, community based agriculture.

Hydroponics seems futuristic, but in some ways, hydroponics is quite ancient.  Photosynthetic algae and bacteria predate terrestrial plants as the first plants as we know them.  These early plants grew hydroponically in nature, bobbing in the nutrient stew of the ocean as their growing medium.  There is evidence of crops being grown in ancient Egypt, Babylon and in floating gardens in China thousands of years ago.  The Aztec empire fostered floating rafts of gardens on lakes.

I’ve visited small scale hydroponics systems and even worked on one in an agriculture science class in high school.  The systems can amount to what is essentially a very simple ecosystem. Often in small scale home operations, fish are raised in a small pond; fish waste supply organic nutrients for the plants.  The plants in turn help clean the water for the fish, absorbing waste as the water is pumped past their roots.  In these systems, fish as well as plants can be harvested and eaten.

There’s only one problem; the word organic used with hydroponics is controversial.

According to some, even plants grown with only organic fertilizers and no pesticides inside a greenhouse, roots set in gravel pumped full of organic compound rich water are missing one essential component.  Many American organic growers feel that the heart and soul of organic agriculture is being a part of the ecosystem. Traditional organic agriculture nurtures healthy soils and all of the bacteria, fungi and invertebrates that go along with it.  Native pollinators can alight on an organic crop without being poisoned and perhaps marginal habitat is provided for other wild animals. All of this connection to the ecosystem happens because the plants are grown in soil, out under the sun, as most plants do naturally.  In turn, all the organisms in the soil and the messy organic fertilizers supply more micro-nutrients to the plant and eventually, the person who eats the plant. Traditional organic farmers in the US are trying to make a distinction between themselves and hydroponic growers working under the USDA organic label.

From the perspective of traditional organic growers, hydroponics gets some things wrong.  Artificial lighting from indoor hydroponic farms has a greater impact on the environment, since the lights are powered by electricity.  Greenhouse walls keep out insects, birds and other animals. Making the distinction between hydroponically grown crops and traditional organic crops clear to the public and the opinions of that public, is a matter of billions of dollars as well as the place of agriculture in the ecosystem.

IBISWorld reports that hydroponic agriculture has grown 1.2% over the last five years, reaching $891 million in revenue for 2018.  Crops grown under the USDA organic label now have an economic value of $40 billion a year, according to the Cornucopia Institute.  With numbers like this, it’s easy to see how invested farmers hydroponic or otherwise can be heavily invested in their methods of cultivation.  Amidst the tension over differing definitions of what’s organic, traditional organic farmers are planning a new organic label.

“Our mission is to grow people’s understanding of foundational organic values and practices. Our first goal is to create an add-on label to USDA certified organic to provide more transparency on organic farming practices.”

That boils down to the creation of a new label for USDA organic products that would clarify how organic the organic product is.  Under this new system, there would be a new real organic label setting traditional organic foods apart from hydroponically grown organic crops.  The group also touts the importance of healthy soil, something not involved in hydroponic agriculture.

Another important point the group makes is one about animal welfare.  Apart from the debate over hydroponic growing, the USDA recently dropped a proposed rule on animal welfare.  According to the USDA, the proposed rule would have enforced higher standards for the health and wellbeing of organic livestock.  In my mind this is an issue of a different quality than that of hydroponic agriculture.

The issue really is one of definitions and trust.  How much do we trust how the government defines organic and what do we want that to embody?  In some places, hydroponic agriculture with its efficient scientific methods might become necessary for survival and if done right could be a good thing.  On the other hand, the wellbeing of livestock does contribute to a better world in a real way and I feel that’s what some farmers are arguing an organic label should mean.

When we think of organic, we think of health.  Health doesn’t stop at the skin, without a healthy world to live in, the body withers and dies.  How do indoor farms fit into the health of the planet? It’s not a question we’ve had to ask until recently.  Many farmers and organic advocates seem to be painting the fight as small scale organic farmers versus large, industrial agriculture using a label to maximize profit by bending the rules. Can one label encompass both?  It’s important we get definitions right.