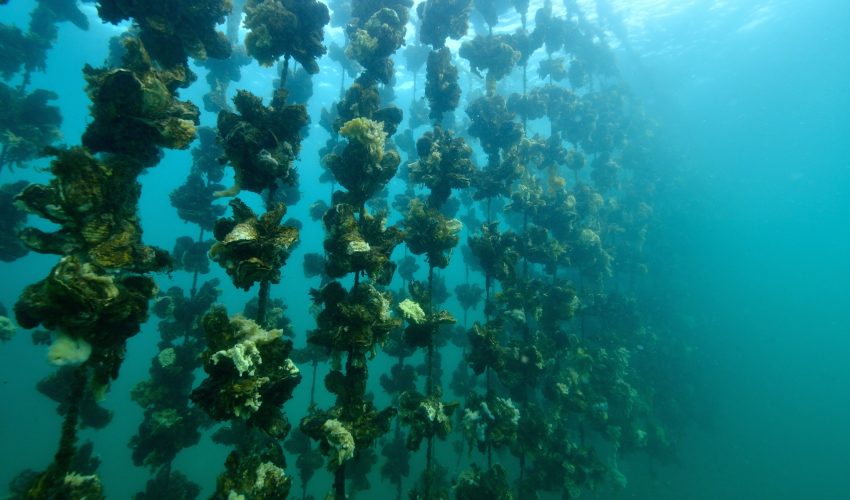 Why oysters quickly close their shells

Oysters have extremely sensitive hearing and close their shells as a protective response to noise pollution. According to a new study, oysters quickly close up when they detect frequencies as low as 10 to 1,000 hertz.

The study was conducted by researchers from the University of Bordeaux, France, and was published in the open-access journal, PLOS ONE.

Noise pollution from boats, wind turbines, seismic research and even explosions pose many problems for marine life, but the researchers wanted to focus on invertebrates.

“Noise pollution in the oceans is a growing problem, and we have all heard about its impact on whales. But the oceans are full of different animal types. What are their sound perception capacities,” said Jean-Charles Massabuau who led the research.

Until recently, little was known about the effects of marine noise pollution on invertebrates like oysters. The researchers wondered if oysters “hear” or respond to different sounds, and if anthropogenic noise blocks other sounds in the ocean that the oysters are in-tune to.

For the study, the researchers examined the effects of noise pollution on 32 oysters in a laboratory setting.

Oysters rapidly close their shells as a defense mechanism and are extremely sensitive to lower frequencies.

Massabaue played sounds underwater in a range of frequencies, and the researchers recorded how the oysters responded including how many of the oysters closed their shells and how quickly they closed them.

The fact that their sensitivity is higher for lower frequencies means that the oysters are responsive to breaking waves and currents.

Cargo boats in shipping lanes also operate with low frequencies, but small recreational boats and jet skis produce sounds too high for an oyster to respond to.

The research is important in that it examines the impacts of noise pollution on less commonly studied marine wildlife, showing their incredible sensitivity to lower frequencies and how higher sound frequencies pose a threat to some smaller invertebrates.