A mission to bring an Ozark chestnut tree back from the brink • Earth.com 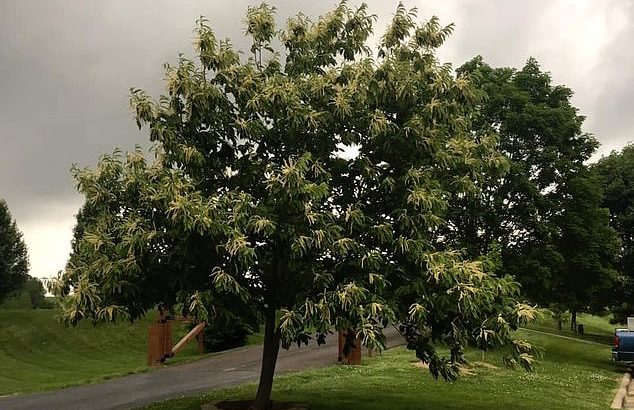 The Ozark chinquapin chestnut tree was thought to be extinct, wiped out in the mid-1900s by the chestnut blight.

Steve Bost, a Missouri State Parks naturalist on a mission, says otherwise, according to National Geographic.

Bost is currently involved in a top-secret project to resurrect the legendary tree species which once dominated the Ozarks. Even though the tree was on the brink of extinction, Bost discovered a few (45) hearty stragglers in the early 2000s in Missouri and Arkansas.

Since then, Bost has been working with several private and state agencies to recover the species, and by all accounts, his efforts are paying off.

National Geographic reported that Bost has 117 young Ozark chinquapins growing on a test plot. The location of the test plot, along with 15 other similar plots all under Bost’s care, is a closely guarded secret.

It’s important to ensure that nothing interferes with population recovery during these fragile early stages and until the fate of the species is certain, the locations will remain hidden.

Bost’s methods may be considered old fashioned. He collects pollen from one tree, dries it, and drives as far 20 hours to hand pollinate another healthy chinquapin. This keeps the Ozark genetic ancestry pure and non-hybridized, which Bost says could have unintended consequences.

Researchers are currently developing DNA hybrids of the American chestnut tree by breeding it with the Chinese chestnut to create a blight-resistant tree species.

If Bost succeeds in his mission, the Ozark chestnut could once again play an important role in the ecosystem, its chestnuts offering a treasured source of food for bears, deer, and coyotes.

The key is creating new generations of trees that are resistant to blight and genetically heartier than the generations before.

To do this, researchers collect leaves from the new chinquapins and tests for blight resistance. By injecting a single leaf with blight, the researchers can tell within five days if the tree has a fighting chance.

Bost could be the first person to successfully resurrect a near extinct tree species.