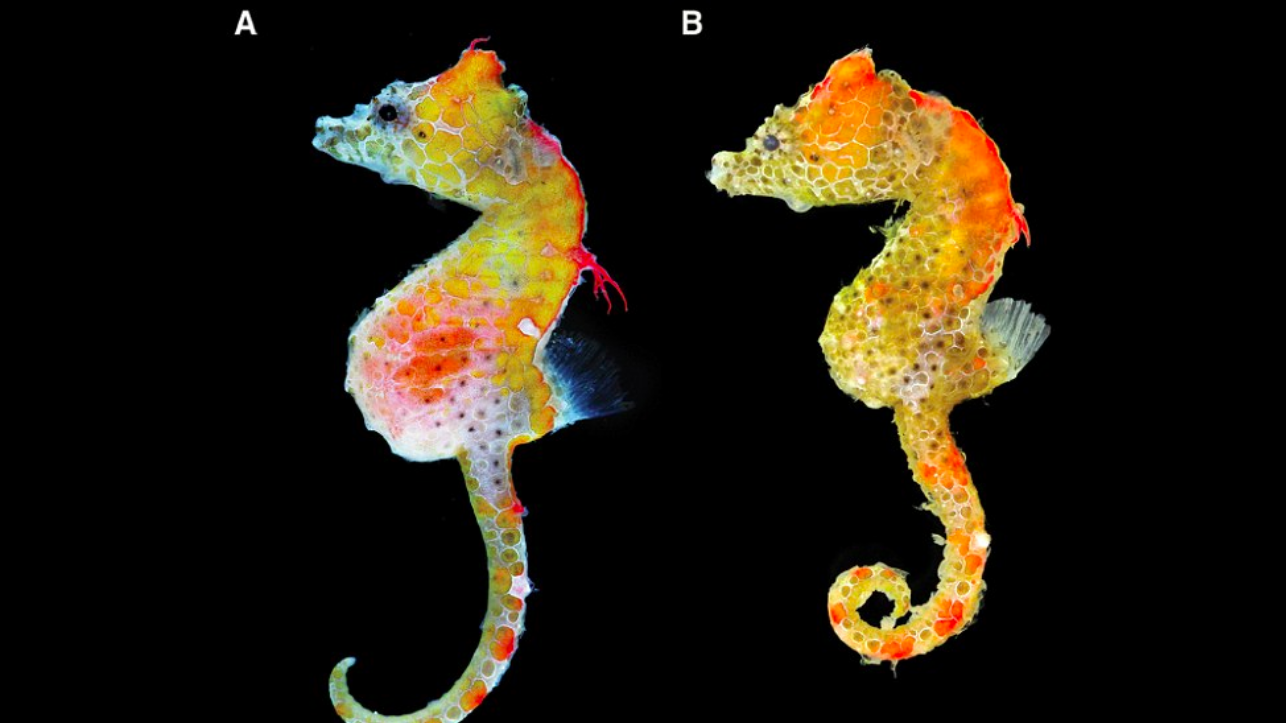 The discovery of a new sea creature in southeastern Japan is probably a lot cuter than its name would lead you to believe. The newly discovered “Japan pig” is a pygmy seahorse that measures just about 15 millimeters in length, and lives inside soft coral, seaweed, and algae reefs. It’s aptly described by researchers as a normal seahorse dressed up in paisley.

This new species (Hippocampus japapigue) is one of only seven known species of pygmy seahorse – the first of which was discovered in 1970. The Japan pig was discovered almost 180 miles south of Tokyo around the Hachijo-jima Island by researchers at the California Academy of Sciences.

Although the species is not especially rare, it can be very hard to spot due to its size. In fact, it wasn’t until scientists began studying the Japan pig that they realized it had never been described before.

Most pygmy seahorse species have two wing-like structure on their back, but the Japan pig has only one. They live off a diet of plankton, and are described by researchers to be active and playful.

Pygmy seahorses are still largely unstudied as a whole. Most species have very few specimens available, and only three species have been analyzed genetically. But luckily for pygmy seahorses, their lives in obscurity also mean that they have not been a victim of trade in traditional Chinese medicine or aquariums like larger seahorse species. Despite their cute and colorful appearance, let’s hope it stays that way.