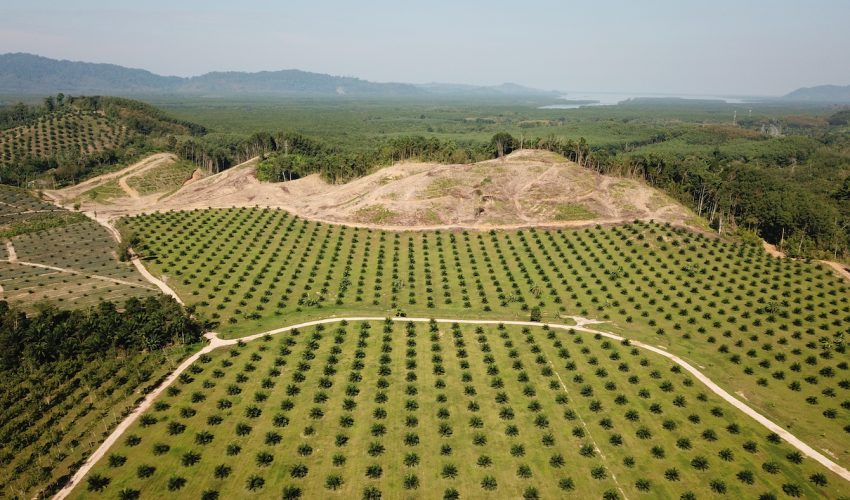 Thousands of hectares of rainforest are cleared each year to meet the growing global demand for palm oil. Indonesia and Malaysia collectively produce nearly 85 percent of the world’s palm oil, and one study reports that Indonesia had the highest rate of deforestation in 2012.

Researchers at the École polytechnique fédérale de Lausanne (EPFL) have analyzed the carbon costs and benefits of converting rainforests into oil palm plantations.

The study was based on over two years of data on the soil and vegetation in central Sumatra, which was collected by the University of Göttingen. The team compared the impact of oil palm monoculture with that of both intensive and extensive rubber cultivation practices.

The experts report that converting rainforest into oil palm plantations leads to the largest carbon emissions, finding that one hectare of converted land corresponds with a loss of 174 tons of carbon. According to the researchers, most of this carbon will find its way into the atmosphere as carbon dioxide.

“The quantity of carbon released when just one hectare of forest is cleared to grow oil palms is roughly equivalent to the amount of carbon produced by 530 people flying from Geneva to New York in economy class,” said study lead author Thomas Guillaume.

The amount of carbon loss identified in this study is significantly higher than the estimate published by the Intergovernmental Panel on Climate Change (IPCC). This figure is also higher than that which is reported by sustainable palm oil certification bodies.

“The quantity of biomass that humans take away in order to produce palm oil compared to the quantity left for the ecosystem sheds real doubt on the sustainability of this form of farming,” said Guillaume.

The study authors have made some recommendations to reduce the short-term environmental impact of both rubber tree and oil palm monocultures. They say that deforestation should be permitted only if the wood can be re-used without being burned. The experts also suggest that a more abundant layer of vegetation should be left on the ground as a natural fertilizer. Furthermore, the waste from palm oil mills should be put back into the soil as another form of fertilizer.