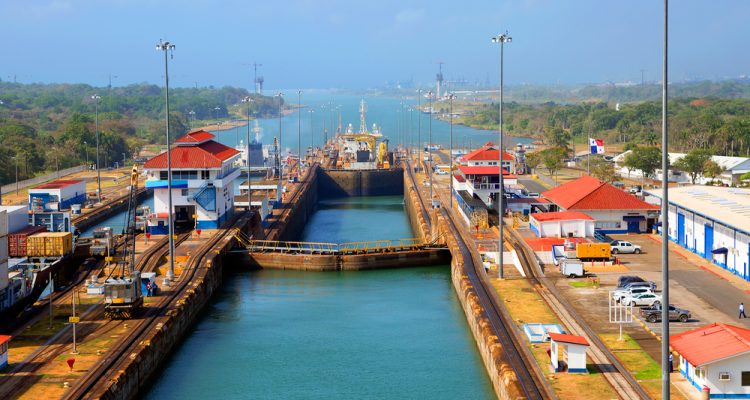 One of the engineering wonders of the world, the Panama Canal is a 48-mile waterway that cuts across the Isthmus of Panama to connect the Atlantic and Pacific Oceans. First opened in 1914, the canal has seen big changes in the world over the past century.

One of those changes – an increasing size in cargo ships, was the reason behind a canal expansion that began last year.

Lately, though, the expansion has hit some snags. Specifically, large cargo vessels traveling through the canal are hitting snags. They’re scraping up against the walls and experiencing nail-biting near-misses when steel lock doors installed throughout the systems fail to open all the way.

That’s what happened to the cargo ship Ever Living when it traveled through the canal while carrying more than 6,000 cargo containers. Although the ship made it through, they passed extremely close to the side of the locks as they made their way through the last of the steel doors.

It was too close, according to Mauricio Perez, a tugboat captain.

These are things that shouldn’t happen,” he said to the Associated Press. “Sometimes the only thing we can do is pray.”

The AP took its own journey through the updated canal and noted areas where the black rubber bumpers meant to keep ships from colliding with metal locks were worn or missing entirely. Because maneuvering large ships through the canal is incredibly difficult, sometimes captains must purposefully send a ship into a bumper in order to realign the vessel as it moves forward. This results in a huge amount of wear and tear on the protective cushions.

Only 15 incidents occurred between June 2016 and January of this year, the Panama Canal Authority says. They say that the door lock incident was caused by debris collecting on a water-level sensor and that the problem has been resolved.

The authority isn’t ruling out future changes. Currently, though, the deputy administrator of the canal, Manuel Benitez, feels positive about the way personnel are navigating vessels through the treacherous canal. “The ships have not run aground; they continue their routes,” he said.