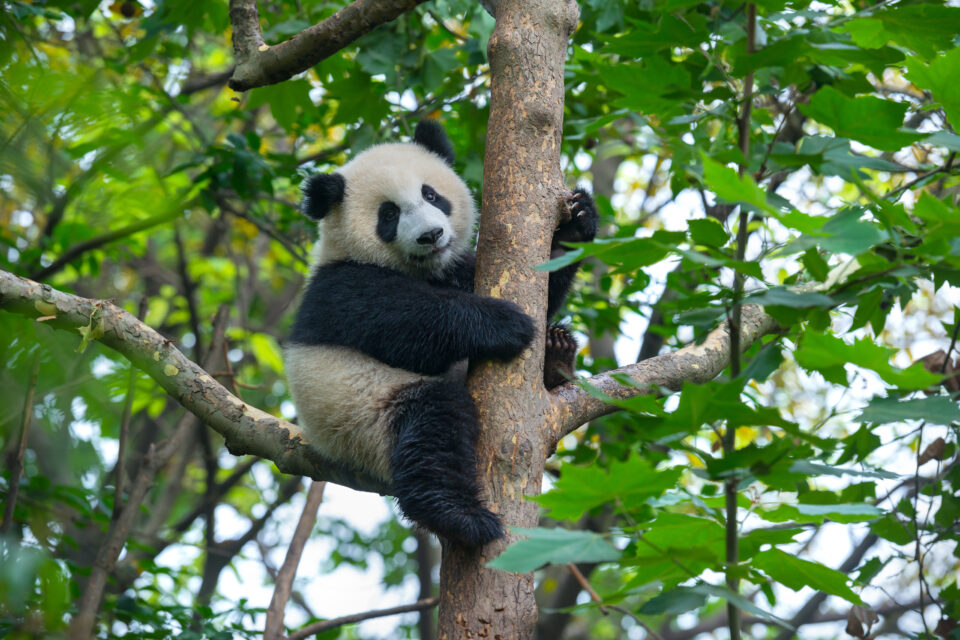 Modern giant pandas have an unusual structure on their forepaws – an apparent sixth digit that acts as an opposable thumb. This structure is used by pandas when they tear and manipulate bamboo, the major component of their diet. Closer examination of the “fake thumb” reveals that it is not a digit at all, but a modified wrist bone that is elongated and somewhat hooked, making it a perfect tool for gripping and handling bamboo on the way to the mouth.

Previous research has dated the origin of this specialized adaptation, a modified carpal bone or radial sesamoid, to between 100,000 and 150,000 years ago. However, new research has challenged this timeline and indicated that ancestral pandas possessed this adaptation as well, at least six million years ago.

A team led by Xiaoming Wang from the Natural History Museum of Los Angeles County examined a wrist bone from a fossil panda that was discovered at Shuitangba, a site near the city of Zhaotong in Yunnan Province, China. The individual was identified as belonging to the genus Ailurarctos, which is ancestral to the modern giant panda, and the fossil was dated to the late Miocene Period, around six to seven million years ago.

The researchers compared the shape and size of this bone to previously published data on the wrist bones of modern giant pandas. In addition, they compared the fossil wrist bone to samples from the extinct species Indarctos arctoides, which is an ancient species of bear that lived nine million years ago and is thought to share a common ancestor with giant pandas.

The researchers found that the new specimen (Ailurarctos) from Shuitangba had an elongated, hooked wrist bone similar to that found in modern pandas. In contrast, I. arctoides fossils do not show this feature. The results, published today in the journal Scientific Reports, indicate that, while the thumb-like wrist bone was not present in I. arctoides or the common ancestor it shares with pandas, it has been present within the panda lineage for at least six million years. This suggests that pandas have indeed been bamboo specialists for at least that length of time.

The authors propose that the hook may help modern pandas to grasp bamboo better, while the shorter length and flattened outer surface may assist with weight distribution when walking, similar to the function of a heel bone in humans. These weight-bearing constraints could be the main reason that the giant panda’s thumb-like structure never evolved into a full digit, they add.