Pangolins: The most illegally trafficked mammal in the world • Earth.com 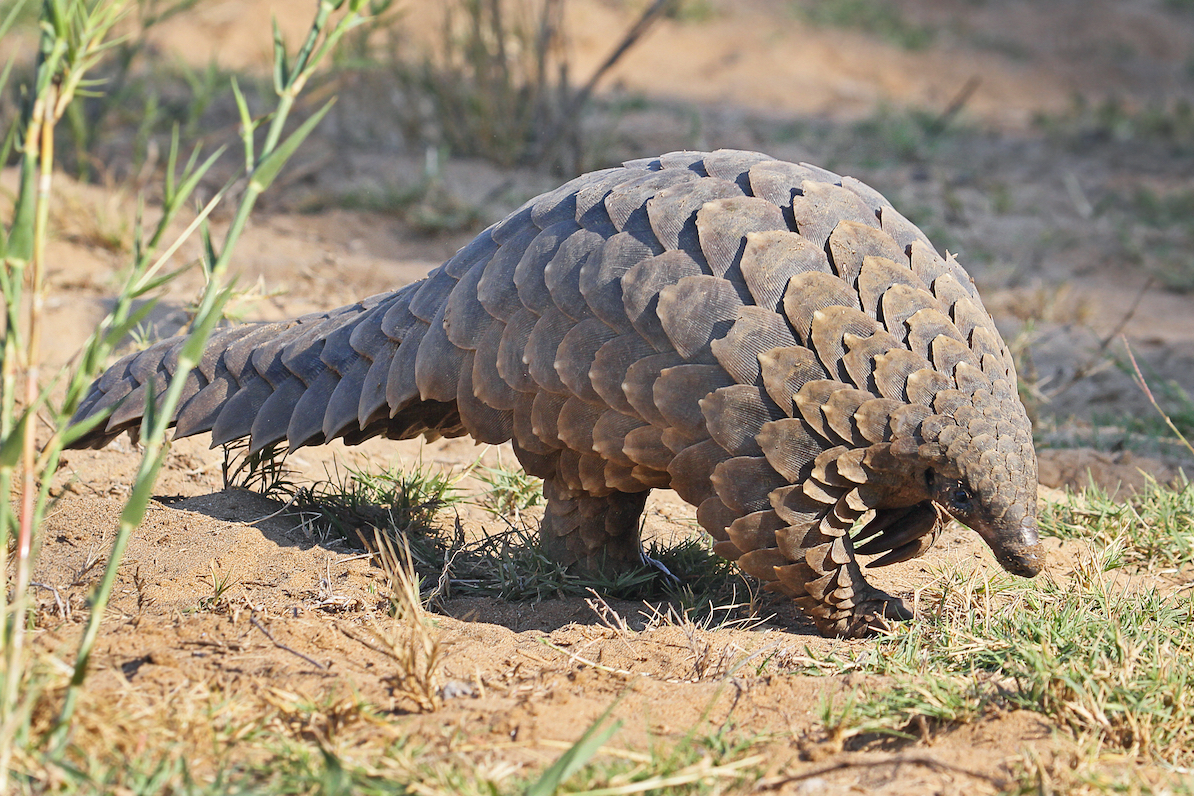 Pangolins: The most illegally trafficked mammal in the world

These animals have a day dedicated to them. They’re also really adorable and look like something from the last ice age or perhaps a mutant armadillo. But sadly, Pangolins are also the most illegally trafficked mammal on Earth.

Pangolins are just now being recognized by the public, despite their fascinating appearance and the threat they face.  For most people, the most bizarre aspect of a pangolin is its status as the only mammal to have scales instead of normal hair.  The scaly pangolin has something primordially about its appearance, a look that seems more appropriate to a strange extinct beast than a living mammal and that may be part of its problems.

There are eight species of Pangolin across the world.  Four species occur only in Africa and the other four Pangolin species are found in Asia.  Pangolins are little studied but they have only one offspring per year, born live and it seems that some species take a long time to mature; not reaching breeding age until as late as 7 years.  Recent research suggests that Pangolins may live as long as 20 years. Though pangolins are not closely related to the new world anteaters and sloths (Superorder Xenarthra) they share some striking similarities.  Pangolins eat only ants and termites and have no teeth, depending on a strong stomach and swallowed grit for digestion. Also like anteaters, pangolins have long tongues, tongues nearly as long as their bodies which with sticky saliva are used to extract ants and termites from burrows.  Pangolins closest relatives are dissimilar carnivores, as odd as it seems but genetics is a telling science, evolution can create the same body plan separately.

Trapped and hunted in Africa and Asia, Pangolin body parts are used for traditional Chinese medicine, much like how snake oil was once used for cure-alls.  Tragically, the Pangolins natural defense of curling into a ball of impregnable scales makes it all too easy to be collected by humans. Pangolin fetuses are especially prized, considered a delicacy that enhances virility.  The Chinese government even permits designated hospitals to use pangolins for medicine while simultaneously outlawing Pangolin retail. Since the 1960s, the population of Pangolins in China and nearby areas has dropped by 96%.  This is bad news for Asian pangolins obvious but it also paints a bleak future for Pangolins in Africa. African pangolins are increasingly filling the demand for Pangolins in Asia.

I’ve never seen a live Pangolin in the wild but I’ve encountered them in a bushmeat market in Equatorial Guinea in western Africa.  Stacked along tables as if they were nothing more than artichokes, pangolins shared space with monkeys, lizards and porcupines. Varanid lizards, such as monitor lizards were tied three to a net bag, panting, unable to move; monkeys were cooked on spits.  I’ve seen pictures of the same market with live monkeys in cages and so much more horror. This is a market spurred by a growing market built on capital of international workers, tourists and multinational businesses as well as Chinese ‘medicine’. Wildlife hurt by this industry includes not only pangolins and rhinos but tigers, apes, bats, and more, even narwhals are targeted.

Conservation efforts have mainly focused on attacking the illegal Pangolin market, with some governments trying to legalize Pangolin trade to monitor and manage it.  The work involves busting smugglers and putting pressure on governments for additional laws or enforcement of anti-trafficking laws already on the books. Additionally, outreach and education efforts, trying to discourage consumers from eating pangolins are part of conservation efforts.  Researchers even tested Pangolin meat, concluding that it has no more nutritional benefit than chicken meat, which unsurprisingly it’s said to taste like.

Zoos have recently stepped into the Pangolin fight.  Despite the fact that pangolins typically survive less than five years in captivity, some zoos have decided to try breeding programs.  Some worry that despite being unsuited to captivity zoos are buying wild pangolins, and thus further encouraging the illegal pangolin trade.

On the other side of the issue, some pangolins have been born in captivity.  The problem is more complex than breeding in captivity can solve alone, though.  If Pangolins are hunted out in the wild, the best case scenario is a self-sustained population living solely in zoos, a proposition I find exceptionally depressing.   In the meantime, you can see a Tree Pangolin (Manis tricuspis) in the San Diego Zoo, before it dies.