Scientists reveal how parrots get their colorful feathers • Earth.com 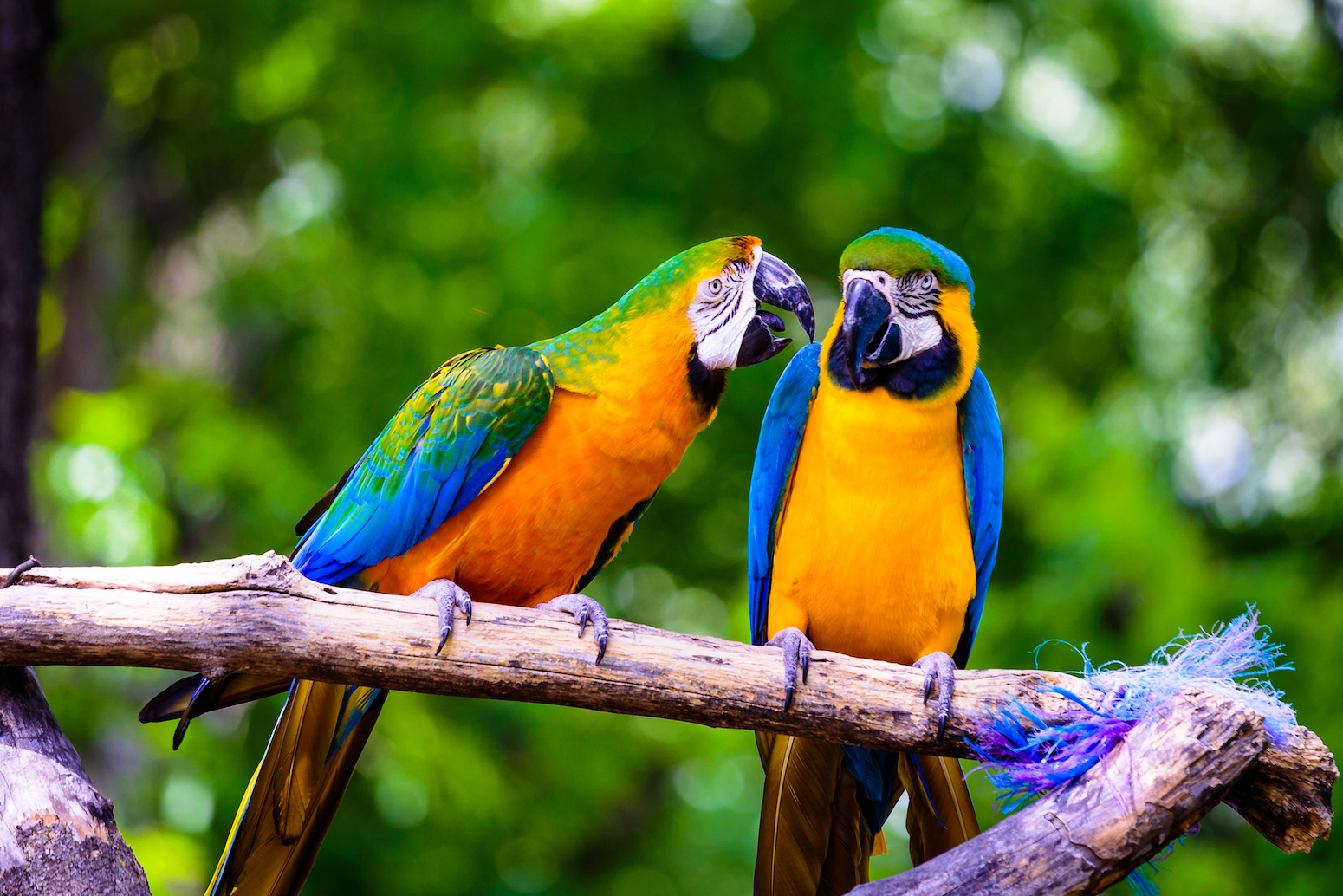 Scientists reveal how parrots get their colorful feathers

Parrots are some of the most intelligent birds and are known for their ability to imitate human voices. But have you ever wondered how they get their colorful feathers?

The budgie, a member of the parrot family, is a parakeet and an extremely sought after pet. It’s friendly chirping and ability to quickly learn phrases and mimic sounds from its surroundings are some of the reasons why the budgie is so popular.

Budgies, like their larger parrot counterparts, also have extremely colorful plumage and can come in a range of colors including kiwi green, blue, and white.

New research has shed light on what gives the budgie and other parrots their vibrant, colorful feathers.

A study published in the journal Cell explains how researchers found a mutated gene that was responsible for the budgie’s bright pigments.

One interesting fact about budgies is that the only color budgie you’ll find in the wild is green, while the blue and white hues are the result of specific breeding and mutations.

Parrots and parakeets like the budgie have been studied by scientists for years, and their colors are a great source of interest.

“Budgerigars are a great system for studying parrot colors because artificial selection over the last 150 years has resulted in a large number of simple Mendelian genetic traits that affect color,” said Thomas Cooke, a graduate student at Stanford University and the study’s first author.

For the study, the researchers conducted several experiments, first mapping the genes to isolate the area of the budgie that is responsible for the blue color mutation.

There were several genes in this area, so the researchers had to narrow it down.

DNA sequencing of 234 budgies and 15 museum specimens from Australia showed that one mutated gene called MuPKs resulted in the blue pigment.

MuPKs was found in both yellow and blue budgies, but a specific amino acid that correlated with the gene was discovered in the blue budgies.

“We identified an uncharacterized gene in budgerigars that is highly expressed in growing feathers and is capable of synthesizing the budgie’s yellow pigments,” said Cooke.

MuPKs is a gene found in all birds, but the reason chickens don’t have kiwi green and vibrant yellow feathers is that they, unlike members of the parrot family, don’t carry certain enzymes that react the mutation in their feathers.

The researchers are excited about what their findings mean for understanding coloring and pigmentation in parrots all over the world, as well as learning more about gene mutation and enzymes in different members of the parrot family.