Patagonia gets more involved in partisan and conservation politics • Earth.com 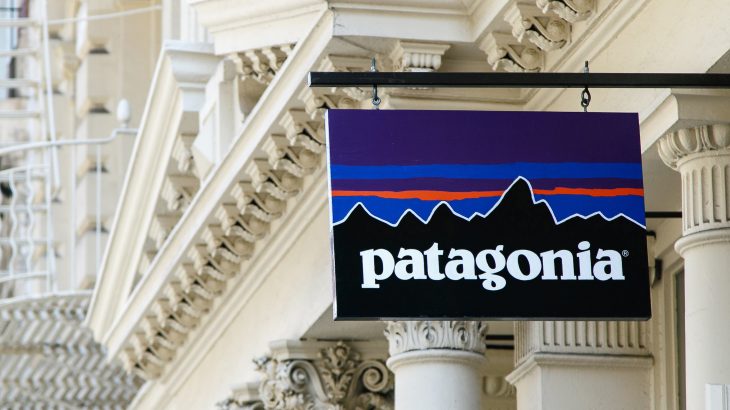 Patagonia gets more involved in partisan and conservation politics

Patagonia has long involved itself in a certain level of political activism.  This time last year, I reported on the outdoor clothing company’s fight to protect Bear’s Ears despite Trump’s executive order to downsize the National Monument.  I also reported on the company’s support of Planned Parenthood, against protests by the Christian Action Coalition:

“When Patagonia and other companies came under fire from the Christian Action Coalition for their support of Planned Parenthood, they didn’t back down.  CAC planned a boycott and a protest. Patagonia coordinated a response, for every protestor to show up, they pledged to donate $10.00. The protest fell apart.”

“We have an evil government.…I’m not going to stand back and just let evil win.”

In response to Patagonia’s pushback on Trump’s shrinking of Bear’s Ears, GQ reports that the U.S. House Committee on Natural Resources essentially called for a boycott of the outdoor clothing company sending an email out with the headline, “Patagonia: Don’t buy it.”

Now, Patagonia is perhaps throwing an even bigger political punch.  Since the 2010 Supreme Court decision of Citizens United, it seems that corporations have been free to support candidates as if they were individual human supporters.  No company has taken the step to support candidates in the same way Patagonia did in the last election, reports the Washington Post.  CEOs of companies have supported candidates as individuals and funds may have been donated to candidates but in this last election, Patagonia as a company actually endorsed two Democratic candidates.

Candidates Jon Tester of Montana and Jacky Rosen of Nevada both won their election, Tester maintaining his seat in the senate and Rosen beating the Republican incumbent in the recent midterms.

Jon Tester has faced off against Trump, and the president blames him for ruining his nomination of Dr. Ronny Jackson as his Secretary of Veterans Affairs.  CNN reports that Tester said Dr. Jackson handed out prescriptions “like candy”, ruining his confirmation.  Importantly, GQ quoted Chouinard on why the outdoor brand supported Jon Tester,

“We are supporting Jon Tester because he gives a damn about protecting public lands—and, like us, he’s committed to fight back against anyone who doesn’t.”

Trump continuously attacked Tester in speeches in Montana, supporting his rival, Republican Matt Rosendale, a former Maryland developer, The New York Times reports.  This was a big deal in Montana where Trump won the state by 20 points.  CNN reports that despite Trump’s attacks, Jon Tester won his race in Montana, playing up his Montana roots as opposed to Rosendale’s connection to Maryland.  Running on his long ties to local agriculture, in a state with a lot of public lands, The League of Conservation Voters gave him an 84% approval rating for 2017 and an 86% lifetime score.  Jon Tester, a long time rancher, is said to bring his organic beef with him to Washington, though it’s worth asking how much of that beef was raised on public lands.  Nevada is another state with a large amount of public land in the contentious interior American west and another place where Patagonia supported a candidate.

Jacky Rosen’s race for senate was also supported by the League of Conservation Voters Action Fund and she received an impressive 97% lifetime score by the league as well.  A former Southern Nevada Synagogue president, Rosen beat out Republican Senator Dean Heller, who according to the Reno Gazette Journal, hadn’t lost an election in 30 years.

CNN reported earlier this month that Rosen won despite her opponent’s long reign in Nevada.  During the election, Trump labeled Rosen as ‘Wacky Jacky’ despite the fact that Dean Heller initially said he was 99% against Trump before cuddling up with him during his failed reelection bid.  Rosen also seemed to tap into Latino voters in Nevada, partly by making a trip to the border herself in a state not far from Mexico.

It’s not clear how much difference Patagonia made in the midterm election, Rosen was predicted to lose but won, Tester was favored to win and did.  Patagonia seems to be profiting from its political advocacy though, gaining goodwill from social media users and consumers, seemingly only angering hard right wingers who probably wouldn’t buy Patagonia already.

Patagonia itself seems more than happy to turn its webpage into a political ad, it did for Bear’s Ears and it did for the midterm election as well.  Other clothing companies seem to be emboldened by Patagonia’s success as well and we might wonder if we’re entering a new age. Will we soon see new branded political candidates?  Will it be candidate X brought to you by Pepsi, superior to candidate Y brought to you by Coca Cola? I personally support the initiative Patagonia’s taking in facing down what it considers wrong in favor for what is right.  I’m also a little nervous about the engagement of business in politics.

In a High Country News perspective piece, a reporter recently asked, ‘Is wearing a Patagonia fleece a political statement?’  To many, it’s clear indeed that wearing Patagonia is a political statement. I’d argue at least the brand is honest about what it represents.  There are plenty of companies that profit from war, like Halliburton, or environmental destruction or sweatshop labor. Maybe in a time when Nike can give Colin Kaepernick an advertising deal featuring slogans like, “Believe in something, even if it means sacrificing everything,” we can almost believe that corporations are willing to do the right thing, sometimes.  We should tread very carefully though if we want real dialogue, discussion and thought from our politicians and not just branding.