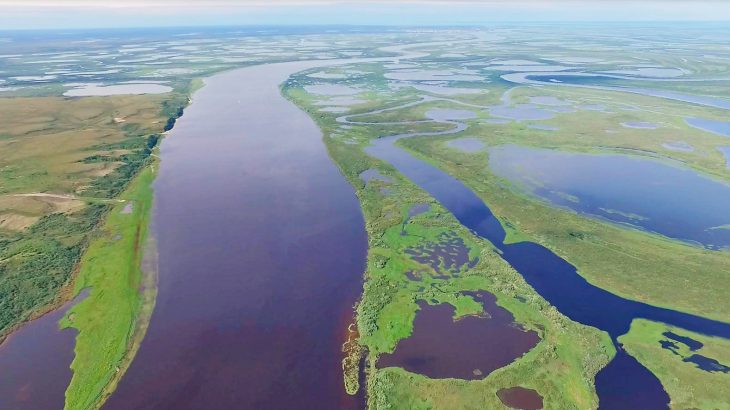 When permafrost thaws, carbon is released into rivers and streams where it will be emitted from the surface water directly into the atmosphere as a harmful greenhouse gas. Calculating the magnitude of these greenhouse gas emissions is particularly critical in Western Siberia, where massive amounts of carbon are stored around rivers including the Ob, which is the seventh longest river in the world.

A new study led by Umeå University has found that river greenhouse gas emissions in Western Siberia peak in the areas where permafrost has been actively degrading, and decrease in colder areas where the permafrost has not yet started to thaw. The researchers have also discovered that the rivers of this region are emitting more carbon into the air than they are transporting to the Arctic Ocean.

Study co-author Svetlana Serikova is a doctoral student in the Department of Ecology and Environmental Sciences.

“This was an unexpected finding as it means that Western Siberian rivers actively process and release large part of the carbon they receive from degrading permafrost and that the magnitude of these emissions might increase as climate continues to warm,” said Serikova.

Quantifying the amount of river greenhouse gas emissions from degrading permafrost is crucial in understanding the role that such areas play in the global carbon cycle. Measuring these emissions also helps scientists to better predict the upcoming impacts of climate change on the Arctic.

“The large-scale changes that take place in the Arctic due to warming exert a strong influence on the climate system and have far-reaching consequences for the rest of the world,” said Serikova. “That is why it is important we focus on capturing how climate warming affects the Arctic now before these dramatic changes happen.”

The study is published in the journal  Nature Geoscience.