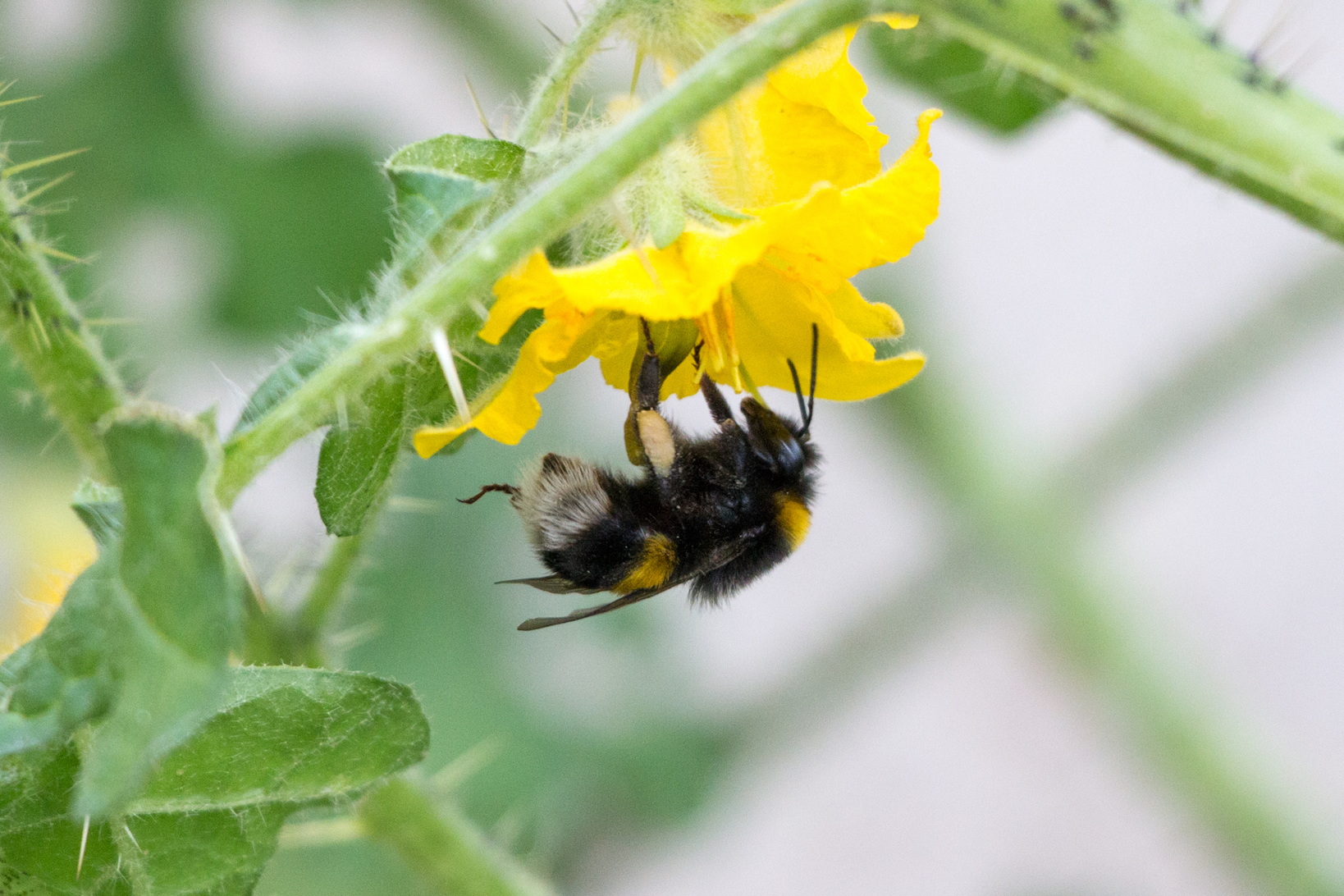 The bumblebee is one of the few bees that uses buzz pollination. Most bees pollinate by coating themselves in flower pollen while collecting nectar from a flower’s anthers, which is the part of the flower that houses pollen.

But some flowers store their pollen inside their anthers, and so buzz pollination is the only way a bumbleebee can collect the pollen grains.

Buzz pollinators use a distinctly different buzzing frequency that vibrates their wings and body, creating enough resonance to release the trapped pollen.

But now, a new study conducted by researchers from the University of Stirling has found that pesticides may interfere with a bumblebee’s ability to buzz and collect pollen.

For the study, the researchers monitored captive colonies of bumblebees that visited buzz-pollinated flowers and recorded the bees’ buzzes with microphones.

The researchers also had a control group of bees that weren’t exposed or affected by neonicotinoid pesticides.

The team observed the captive bees over time, analyzing any changes in their buzz frequencies while collecting pollen.

After chronic exposure to pesticides, the bumblebee’s buzzing vibrations were affected and the bees collected fewer pollen grains as a result.

“Our result is the first to demonstrate quantitative changes in the type of buzzes produced by bees exposed to field-realistic levels of neonicotinoid,” said Dr. Penelope Whitehorn, leader of the research. “We also show that buzz pollinating bees exposed to the pesticide also collect fewer pollen grains.

The control bees who were not exposed to any pesticides collected more pollen as they got older and gained experience.

“However, bees that came into contact with pesticide did not collect more pollen as they gained more experience, and by the end of the experiment collected between 47% and 56% less pollen compared to the control bees,” said Dr. Whitehorn.