Bumblebee declared endangered after all • Earth.com 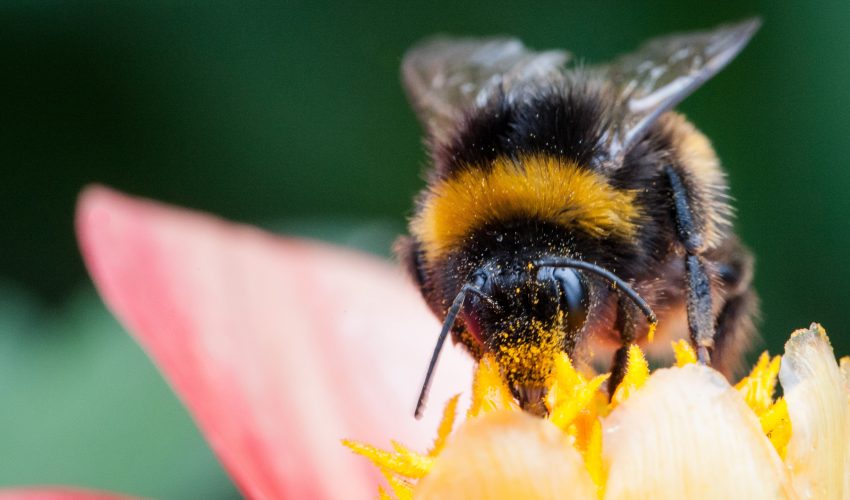 Bumblebee declared endangered after all

Not only is the existence of the rusty patched bumblebee threatened, but for a while so was the directive to add it to the endangered species list.

Among his last acts in office, President Barack Obama had directed that the rusty patched bumblebee be added, but the temporary freeze that the Trump administration had ordered on all federal regulations had intervened. However, on Tuesday the U.S. Fish and Wildlife Service announced that the administration had relented and the bumblebee had been added to the endangered species list. This makes it the first bee from the continental U.S. to be gain inclusion, although Obama had designated seven Hawaiian bee species as endangered earlier in his term.

“The Trump administration reversed course and listed the rusty patched bumblebee as an endangered species just in the nick of time,” said Rebecca Riley, senior attorney with the Natural Resources Defense Council (NRDC). “Federal protections may be the only thing standing between the bumblebee and extinction.”

The NRDC had filed a lawsuit in federal court in February to carry out the Obama order.

The news should be good for food growers. This particular species used to be abundant in 28 states, but it has suffered an 87 percent population decline over the last 20 years and the species can now only be sporadically found in pockets within thirteen states. Like other bee species, the rusty patched bumblebee (named for the marking on its back) pollinates critical fruit, seed and nut crops.

With the designation, the federal government will protect the endangered bumblebee and its grounds as part of the federally enacted Endangered Species Act.