Petting dogs has an interesting impact on the brain • Earth.com 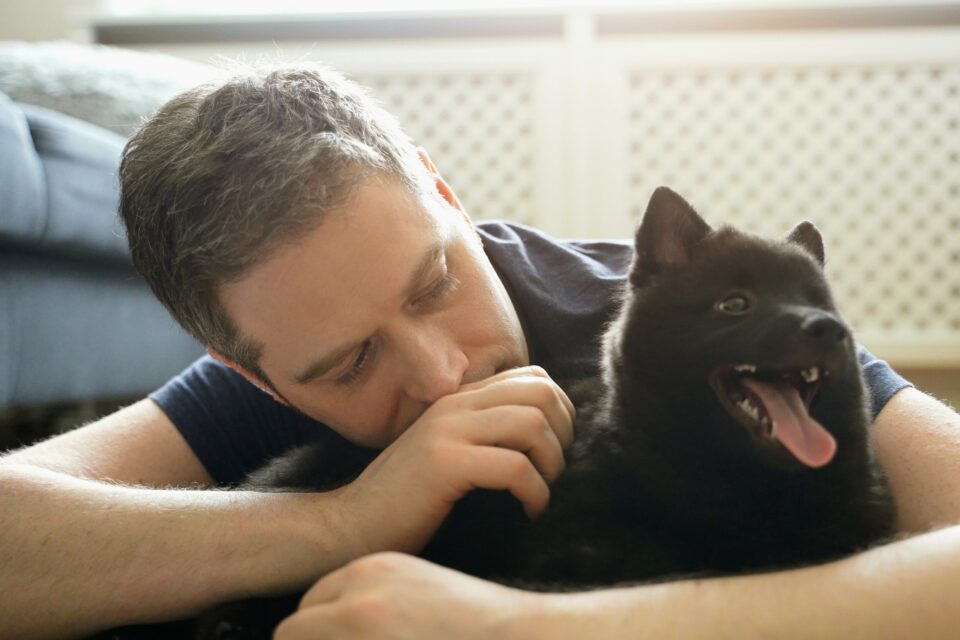 Interacting with animals, but especially with dogs, is known to help people dealing with stress and depression. Because of this phenomenon, researchers from the University of Basel in Switzerland wanted to look at what happens in the brain when we interact with dogs.

The research, led by Rahel Marti, was published in the journal PLOS ONE. The scientists measured activity in the prefrontal cortex as study participants viewed a dog, sat with the dog against their legs, and petted the dog. The same trial was carried out with a stuffed lion holding a water bottle to mimic the weight and temperature of the dog.

“Twenty-one healthy individuals each participated in six sessions. In three sessions, participants had contact with a dog, and in three control sessions they interacted with a plush animal. Each session had five two-minute phases with increasing intensity of contact to the dog or plush animal from the first to the fourth phase,” explained the researchers.

“We measured oxygenated, deoxygenated, and total hemoglobin and oxygen saturation of the blood in the frontal lobe/frontopolar area with functional near-infrared spectroscopy to assess brain activity.”

Unsurprisingly, the human brain reacted differently to a real dog when compared to the stuffed toy. The prefrontal cortex activity was greater while interacting with the dog, especially when petting the dog. This brain activity also lingered for a time after the dog was gone. This is interesting because it is thought that the prefrontal cortex is important in regulating social and emotional interactions.

“The present study demonstrates that prefrontal brain activity in healthy subjects increased with a rise in interactional closeness with a dog or a plush animal, but especially in contact with the dog the activation is stronger. This indicates that interactions with a dog might activate more attentional processes and elicit stronger emotional arousal than comparable nonliving stimuli,” explained the study authors.

The researchers hope their findings may be used in the future to improve animal assisted therapy. The study was carried out on healthy, emotionally stable people. A follow up study could look for the same effect in those with socioemotional deficits.