Minuscule microbe provides clues to the evolution of photosynthesis • Earth.com 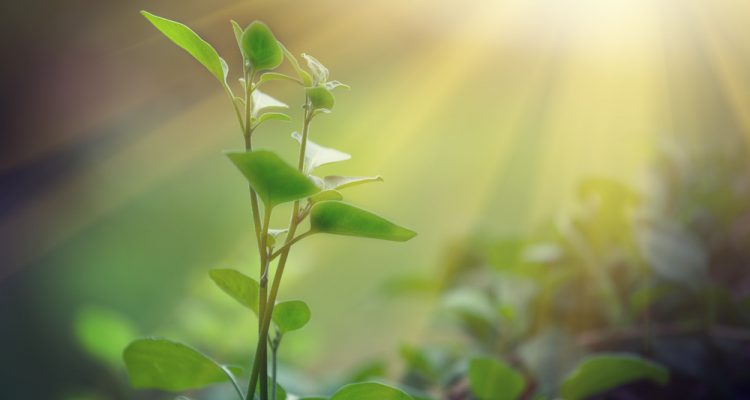 Minuscule microbe provides clues to the evolution of photosynthesis

It’s one of the first science lessons we all have to memorize in grade school: plants take in carbon dioxide and sunlight in order to use photosynthesis to turn it into the oxygen that humans and animals need to survive. But how did plants first develop the ability to photosynthesize? For a long time, scientists weren’t sure. However, the discovery of a new microbe may have provided some clues.

A group of Japanese researchers found those clues in microscopic Methanospirillum hungatei. Although the microbe existed before the development of photosynthesis, its genes are similar to the kinds of genes modern plants use for photosynthesis.

Scientists made this discovery by examining the enzymes synthesized by genes in the microbe. They analyzed metabolic substances within Methanospirillum hungatei and were even able to locate CO2 trapped inside the organism. These tests showed that it used a primitive process that very much resembles what we all know as photosynthesis.

The study sheds light on how plants evolved to form a photosynthesis system – something that has so far remained a scientific mystery. Understanding this process will help do more than satisfy scientific curiosity. Researchers hope that better understanding photosynthesis will be able to help them increase agricultural production for crops, as well as biofuel.

The next time you sit outside, consider for a moment how the plants and trees provide the oxygen in every breath you take. Then let your wonder deepen as you realize that although science is still working to discover how it happened, plants actually evolved to do that. Also, relax: there won’t be a multiple-choice test on this later.