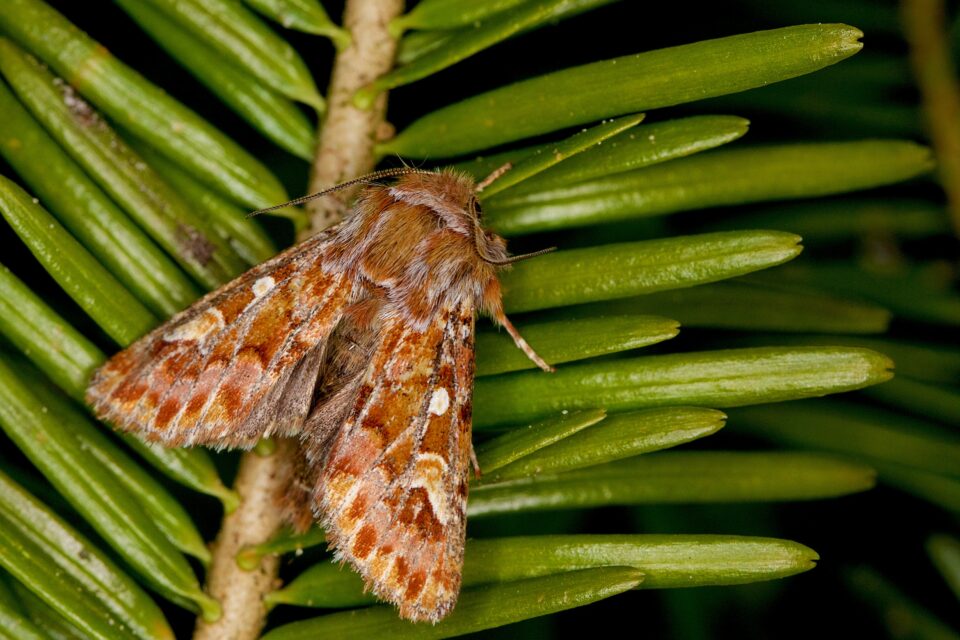 A new study led by the University of Eastern Finland has found that climate change is causing the pine pest Panolis flammea – known as the “pine beauty moth” – to shift its range northward 50 years ahead of previous predictions. According to the experts, changes in both the distribution and population size of these insects are linked to higher temperatures caused by global warming.

“This is not unexpected, since many scientists have previously predicted that some insect pests will shift their distribution range northward as a result of rising temperatures caused by climate change. However, what is astonishing is that this is happening 50 years ahead of earlier predictions,” said study lead author Alexander Pulgarin Diaz, a PhD student in Forest and Bioresources at the University of Eastern Finland.

The larvae of pine beauty moths feed on the needles of various pine species in Central Europe, developing periodical outbreaks that are usually controlled with insecticides. These outbreaks often co-occur with other pine insect pests and diseases. While the outbreaks have not yet been reported in Finland, conditions for their emergence could become favorable due to consequences of climate change such as temperature rises and forest health decline.

Previous studies have shown that temperature changes are closely related to the development and distribution of a wide range of insects. To investigate the distribution and size of the pine beauty moth population in Finland, the scientists coupled the number of captured individuals with the previous year’s thermal sums for the same locations. They found that the moth had already spread into northern Finland, but that its abundance was higher in warmer places, such as southern Finland.

However, while climate change advances and temperatures increase, the range and population density of this pest will most likely rise too, leading to more frequent and severe outbreaks. Better understanding the relationship between global warming and pine pests such as this is crucial for protecting endangered pine populations.

The study is published in the Scandinavian Journal of Forest Research.