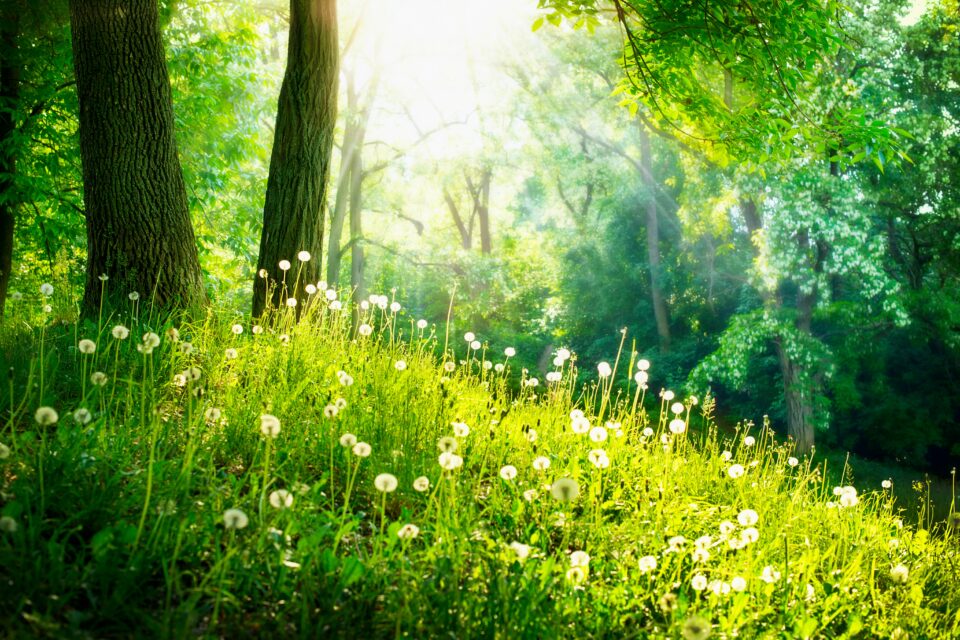 Forested areas may help protect pollinators in a warming climate

Pollination by insects is required for 75 percent of our food crops and more than 80 percent of wild plants. The value of crop pollination is estimated at 577 billion US dollars per year worldwide. The best-known pollinators are bees, but many others – flies, wasps, beetles, butterflies and moths – also play important roles.

In recent decades, several studies have identified a significant decline in insect populations due to the loss of habitats for insects. A major cause of habitat loss is the conversion of natural areas into agricultural or urban areas.

But what are the consequences of land use in combination with warmer climates for pollinating insects? And what could be done to mitigate possible negative consequences? This is the focus of a new study from Julius-Maximilians-University (JMU) Würzburg.

For the first time, the JMU research team revealed how climate and land use shape the diversity of pollinating insects at local and landscape scales across Bavaria.

Based on more than 3,200 identified pollinator species from 179 locations, they find homogenization of pollinator communities in warmer climates. This suggests an overall loss of pollinator diversity under future conditions.

“One key finding therefore is that forest in the landscape can cushion the effects of climate warming to a certain extent.” explained study lead author Cristina Ganuza.

“The study underpins that in addition to the importance of floral resources and the negative effects of land use intensification, climatic conditions play an increasingly important role for the maintenance of pollinator diversity. For example, the combination of high temperatures and low precipitation negatively affected total pollinator diversity, while bee richness in urban areas was negatively affected by higher mean temperatures,” said Professor Ingolf Steffan-Dewenter.

High pollinator diversity is needed for high pollinator performance. However, climate change, in addition to land use, will only allow select pollinator species to survive.

“We conclude that a large proportion of forested land in the landscape could serve as refuge for insects from climate warming,” said Ganuza. “This is likely because forests and forest edges provide largely natural conditions which buffer extreme heat and drought compared to more human-influenced habitats.”

The researchers also suggest that increased green spaces could help lower temperatures in cities, which would make urban areas more livable for pollinators like bees.