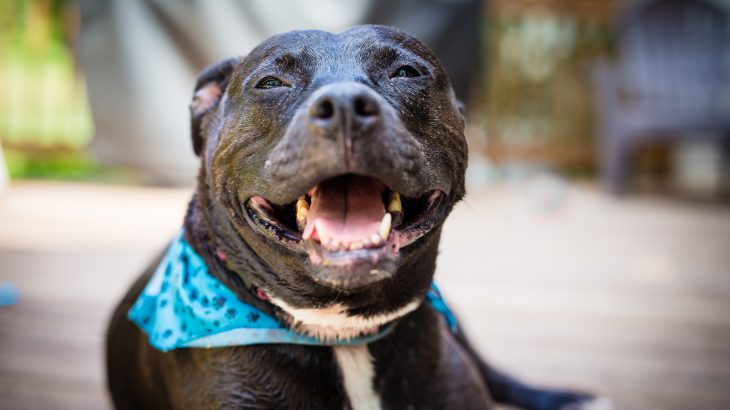 Pit bulls are often perceived to be an aggressive breed which affects both the animals and their owners through breed-specific legislation, housing restrictions and social disapproval. While dog bite statistics are often used to justify this viewpoint, animal advocates warn that these statistics often do not show the full story.

Pit bulls first came under the spotlight in the 1980s when news stories proliferated about pit bull attacks. These stories inspired the passage of laws to cprohibit and regulate certain breeds of dogs living in a municipality, often called breed-specific legislation.

But animal advocates argue that certain factors can affect dog bite statistics. For one thing, pit bull is not a breed of dog. The term “pit bull” describes a category of dogs who have similar characteristics- similar to terrier and shepherd dogs. Breeds such as the American pit bull terrier, American Staffordshire terrier and Staffordshire bull terrier are often lumped into this classification, along with other breeds of dogs that simply resemble pit bulls. Therefore, studies that analyze dog bites may be inflating the numbers of pit bulls by including multiple breeds of dogs.

Additionally, victims may be more likely to report dog bites from breeds they deem dangerous over less intimidating breeds. A report by the Task Force on Canine Aggression and Human-Canine Interactions state, “Dog bite statistics are not really statistics, and they do not give an accurate picture of dogs that bite. Invariably the numbers will show that dogs from popular large breeds are a problem. This should be expected, because big dogs can physically do more damage if they do bite, and any popular breed has more individuals that could bite.”

The breed most associated with pit bulls- the American pit bull terrier- has a temperament score of 87.4%. The breed’s temperament is found by having trained evaluators score individuals for signs of panic, avoidance and aggression. The American pit bull terrier ranks higher than the average overall rate of 83.4% and higher than beloved species such the Golden retriever and Siberian husky. The Staffordshire bull terrier ranks even higher at 90.9%.

PetMD describes the American pit bull terrier as “noted for its playful temperament and friendly nature.. and has a strong desire to please people.” Despite their affectionate nature, pit bulls have struggled to recover from their negative stigma.

Recent studies examining dog bite statistics identify factors that may predict dog attacks more accurately than breed information. Studies show that improperly confined, unsterilized male dogs who have been mismanaged or abused are more likely to attack. A person’s ignorance on interacting with and identifying dog behavior may increase the chances of an attack. Multiple studies have also found that children are at an increased risk of being bitten.

Understanding the risk factors associated with dog bites can help identify and prevent dangerous incidents. As the American Society for the Prevention of Cruelty to Animals states, “All dogs, including pit bulls, are individuals. Treating them as such, providing them with the care, training and supervision they require, and judging them by their actions and not by their DNA or their physical appearance is the best way to ensure that dogs and people can continue to share safe and happy lives together.”