Plant-based egg product rising in popularity in the US • Earth.com 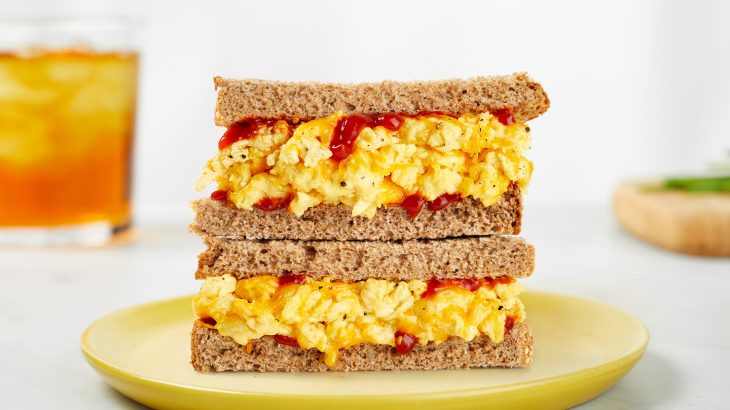 Plant-based egg product rising in popularity in the US

You can find vegan, plant-based and dairy-free substitutes for most of your grocery store staples these days, including milk, cheese, yogurt, meat, and even eggs.

One brand of eggless, liquid egg product is out-competing everyone else and is second only to Egg Beaters in terms of liquid egg sales in the United States, according to IRI, a market research company.

While liquid eggs make up only a small share of egg sales in the US, with most going towards the eggs that come in shells, JUST Egg’s rise paves the way for even more plant-based foods to take over grocery store shelves.

IRI found that JUST Egg had the greatest sales growth in the liquid egg market in the US. The price point is still higher than other liquid egg products.

Quartz reported that since the product’s launch, JUST founder Josh Tetrick claimed to have sold the equivalent of 10 million eggs.

JUST recently announced that its liquid egg product would be available in 2,100 grocery stores around the country after the product was picked up by the large retail company, Kroger.

You may soon be able to buy JUST Egg at Fred Meyer, Kroger, and Ralph’s. The product is already on the shelves of Safeway and Winn Dixie among other stores.

“We believe a just food system starts with breakfast and our partnership with the Kroger family of stores, the largest grocery store chain in the United States, makes JUST Egg accessible to countless consumers in communities around the country,” said Josh Tetrick, the CEO of JUST, in a press release

JUST had always wanted to develop an egg alternative, but it took some time to create a convincing substitute.

JUST Egg is made from mung bean flour mixed with water and a special “de-foaming agent” which helps isolate a protein curd from the slurry, according to Food Navigator. This curd can then be used to make many products.