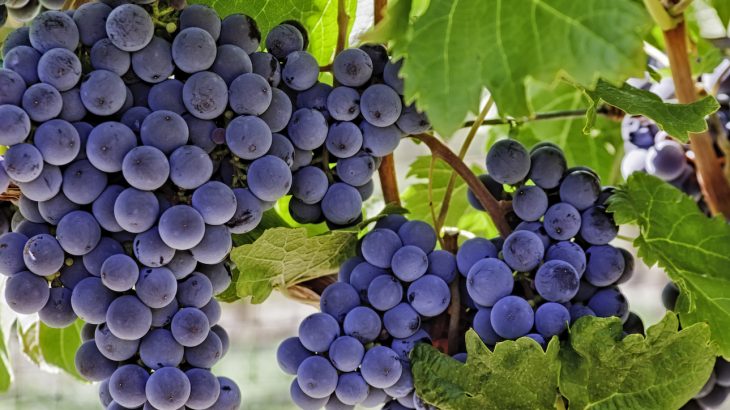 A popular plant extract found in grapes and red wine could help Mars explorers stay strong during the nine-month journey from Earth to the Red planet, according to a new study.

It’s only a matter of time before human-crewed Mars missions become a reality, but it is crucial to ensure that astronauts who undertake the voyage reach their destination fit and healthy.

Space travel takes a toll on the human body, and spending a prolonged amount of time suspended in microgravity reduces muscle mass and bone density.

But now, researchers from Harvard University have discovered a potential solution that could keep muscles strong and lessen the impacts of living on Mars.

In a new study published in the journal Frontiers in Physiology, the researchers found that resveratrol, a part of a plant compound found in grape skin and blueberries, keeps muscles strong in rats.

Resveratrol is a compound widely studied for its anti-inflammatory and anti-oxidative properties.

“Resveratrol has been shown to preserve bone and muscle mass in rats during complete unloading, analogous to microgravity during spaceflight,” said Dr. Marie Mortreux, lead author of the study. “So, we hypothesized that a moderate daily dose would help mitigate muscle deconditioning in a Mars gravity analogue, too.”

The researchers simulated a microgravity environment by suspending rats in harnesses to see how spending time in Mars-like gravity impacts strength and muscle mass.

24 rats were split into two groups. One group was left to roam on the floor of their cages to mimic Earth gravity and the other was suspended to mimic the 40 percent gravity on Mars for 14 days.

In each group, half of the rats were given 150 milligrams of resveratrol in water, and the other half were not given the supplement.

Each week, the researchers measured calf circumference and grip force for both the front and rear paws.

The rats that were “Mars conditioned” had weaker grips and smaller calf muscles, yet those who were given resveratrol had stronger grips.

Muscle mass was also protected with the rats who had been given resveratrol. It was not a complete reversal for the Mars rats, but it significantly reduced the negative impacts of being suspended in the air for 14 days.

The study offers a potential treatment that could be taken in supplement form by astronauts to help preserve muscle mass and keep muscles healthy while conducted fieldwork on Mars.

“Further studies are needed to explore the mechanisms involved, as well as the effects of different doses of resveratrol (up to 700 mg/kg/day) in both males and females,” said Mortreux. “In addition, it will be important to confirm the lack of any potentially harmful interactions of resveratrol with other drugs administered to astronauts during space missions.”