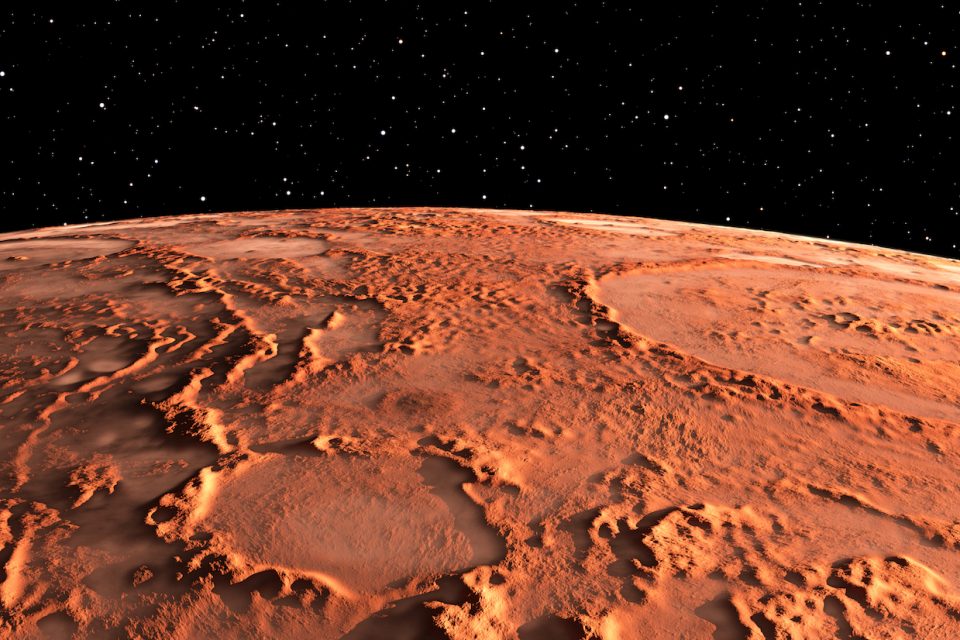 Bacteria experiment results shed light on the possibility of life on Mars. A new experiment from Wichita State University found that salt-tolerant bacteria grown in brine were able to revive after the brine was dried and then rewetted. The researchers believe that their findings have implications for the possibility of life on Mars, and also prove there is a dangerous potential for contaminating Mars with terrestrial microbes.

“Ours is the first demonstration of microbes surviving and growing after being dried and then re-wetted with humidity only,” said Mark Schneegurt, PhD, Professor of Biological Sciences at Wichita State University.

Researchers grew species of Halomonas and Marinococcus taken from Washington’s Hot Lake, and Oklahoma’s Great Salt Plains in a mixture of 50% magnesium sulfate and 50% water. They then dried small amounts of the culture and successfully revived the dried samples in both water and a salt solution.Bacteria experiment results shed light on the possibility of life on Mars

The salts in the dried culture ultimately absorbed enough water to create a brine in which the bacterial cells revived themselves.

The team’s work will be presented at the annual meeting of the American Society for Microbiology.

Mars’ surface contains sulfate salts of calcium, iron, and magnesium, which have the potential to form saturated brines within Mars’ humid nighttime air that could ultimately mix well with terrestrial microorganisms or harbor Martian microbes

“The likelihood is high that at times surface salts may be able to attract sufficient water to form brines that can support microbial growth,” Dr. Schneegurt explained. “The current research may also help redefine what constitutes a habitable zone, broadening the search for life to other icy worlds.”

“Understanding how microbes can grow on Mars relates directly to the risks of contaminating Mars or other celestial bodies with organisms that can potentially grow on these worlds. This also speaks to the definition of habitable zones and the search for life on Mars and the icy worlds,” said Dr. Schneegurt.