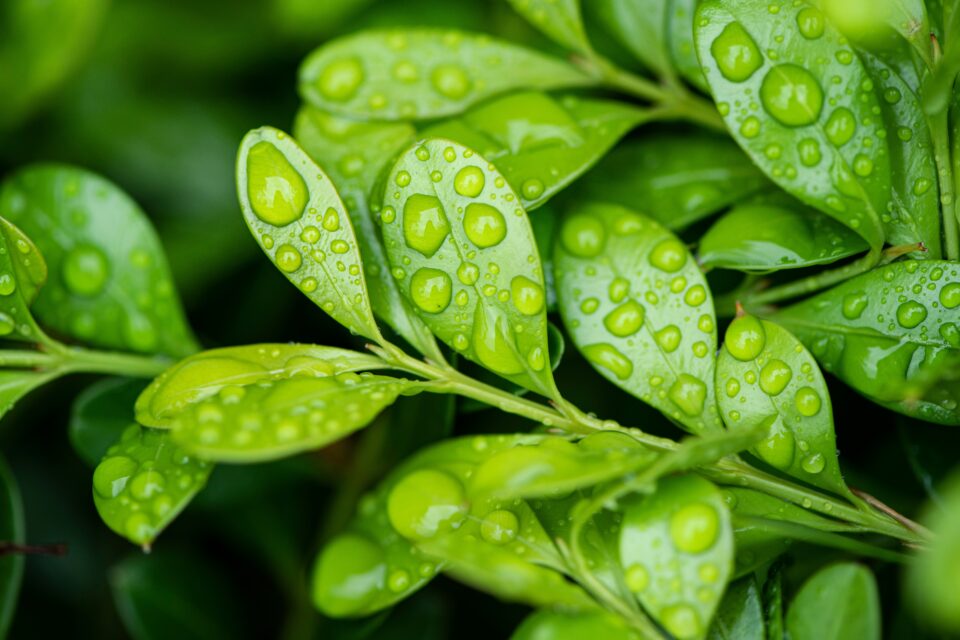 Heat waves are not good for people, but they can be just as bad for certain plants. Hot conditions can affect the immune systems of plants such that they no longer function efficiently. This means that plants are more susceptible to infection by pathogens after heatwaves, even when the extreme temperatures do not last for long.

Scientists have known for decades that above-normal temperatures suppress a plant’s ability to make salicylic acid, a defense hormone that has an important role in the plant’s immune system, stopping pathogens and pests before they get established. The exact mechanism by which this immune system failure occurs, however, was not fully understood.

In new research, published in the journal Nature, scientists now say that they understand why a plant’s immune system becomes compromised when the temperatures rise too high. They have also proposed a way to reverse the effect and to boost plant defenses against heat. This would help plants to survive better in conditions of global warming, and keep food on tables around the world.

The scientists worked on a small species of cress, Arabidopsis thaliana, which is a flowering plant native to Eurasia and Africa. It is considered a weed and is commonly used in laboratory experiments involving plants. In earlier research, Sheng-Yang He from Duke University, and his graduate student Bethany Huot, found that even brief heat waves had a dramatic effect on the immune system functioning of Arabidopsis plants. The heat left them more prone to infection by a bacterium known as Pseudomonas syringae.

Under normal circumstances, when this pathogen infects a plant, the levels of salicylic acid in the leaves increase up to seven-fold, preventing the bacterium from taking hold or spreading. But when the temperature rises above 86oF, the plant cannot make enough of this defense hormone to keep the pathogen in check.

“Plants get a lot more infections at warm temperatures because their level of basal immunity is down,” said Sheng-Yang He. “So we wanted to know, how do plants feel the heat? And can we actually fix it to make plants heat-resilient?”

Around the same time, a different team of scientists had found that, in plant cells, molecules called phytochromes function as internal thermometers, helping plants sense warmer temperatures in the spring and activate growth and flowering. He and his colleagues wondered whether these same heat-sensing molecules could be involved in compromising the immune system when the heat is on.

To answer this question, the researchers looked at normal plants and mutant plants in which the phytochrome photoreceptors were always active, irrespective of the temperature. The plants were all infected with P. syringae bacteria, and then grown at temperatures of 73oF and 82oF.  The researchers found that the phytochrome mutants fared exactly like normal plants: they still couldn’t make enough salicylic acid to fend off infections when temperatures were high.

The scientists continued to search for the molecular mechanism behind failed immunity in Arabidopsis plants that were exposed to excess heat. Co-first authors Danve Castroverde and Jonghum Kim spent several years doing similar experiments involving various plant genes that could potentially have been involved, but those mutant plants also became more vulnerable to infections during warm spells.

A new approach had to be adopted. Using next-generation sequencing, the researchers compared gene readouts in infected Arabidopsis plants at normal and elevated temperatures. They found that many of the genes that were suppressed at the higher temperatures were regulated by the same molecule, a gene called CBP60g.

The CBP60g gene acts like a master switch that controls the activity of many other genes, so anything that downregulates or “turns off” CBP60g will also affect the functioning of those other genes. In fact, the end result is that the plant cells simply don’t make the proteins needed in order to produce salicylic acid, a key substance in the immune response.

Further experiments revealed that the cellular machinery needed to start reading out the genetic instructions in the CBP60g gene doesn’t assemble properly when it gets too hot, and that’s why the plant’s immune system can’t do its job anymore. When the researchers used mutant Arabidopsis plants in which the CBP60g gene was constantly “switched on,” the plants were able to produce high levels of salicylic acid and keep bacteria under control, even when they were heat stressed.

The team also found that elevated temperatures didn’t just impair salicylic acid defenses in Arabidopsis plants, but had a similar effect on crop plants such as tomato, rapeseed and rice.

The implications of this are that crop plants might be engineered in the same way to have functional immune systems even under conditions of extreme heat. In fact, the researchers found a way to produce heat-resilient plants in which the CBP60g master switch was turned on only when under attack from pathogens, and this helped to protect the plant’s immune response. In addition, there was no stunting of growth, which is critical if crop are to produce maximum yields.

Extreme heat events are becoming more common and more severe as global warming takes hold. Under these conditions, plants’ natural defenses are set to become less effective, which could lead to worldwide food shortages. Already, up to 40 percent of food crops are lost to pests and diseases each year, costing the global economy around $300 million. Heat waves can only make this situation worse.

At the same time, population growth is driving up the world’s demand for food. To feed the estimated 10 billion people expected on Earth by 2050, forecasts suggest that food production will need to increase by 60 percent. The findings of the current study could therefore be good news for food security in the future.

Follow-up experiments to restore CBP60g gene activity in rapeseed thus far are showing the same promising results. In fact, genes with similar DNA sequences are found across plants, He says.

In Arabidopsis, keeping the CPB60g master switch from feeling the heat not only restored genes involved in making salicylic acid, but also protected other defense-related genes against warmer temperatures too.

“We were able to make the whole plant immune system more robust at warm temperatures,” said Sheng-Yang He. “If this is true for crop plants as well, that’s a really big deal because then we have a very powerful weapon.”