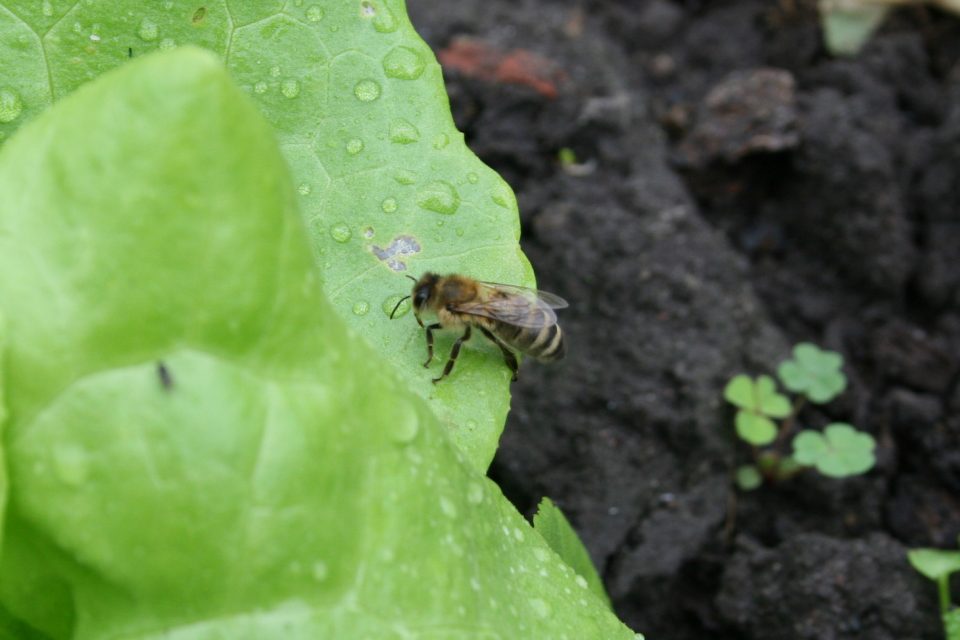 New plant probe can help track pesticides that may be harmful to bees “Bee populations are declining at an alarming rate,” is a phrase that has become such a part of our 21st century vernacular that it has taken on a meme-like status usually reserved for pop culture references. But unlike most pop culture oddities, there is a heavy truth behind these words. Bee populations around the world are in decline, and a continued decline has some serious implications.

One of the reasons for this population decrease may be neonicotinoid pesticides, which are currently being investigated – and in some cases are banned – for their suspected role in harming bee populations. However, a true connection between these pesticides and the decline of bee populations has yet to be established.

In a new study published in the American Chemical Society journal Environmental Science & Technology, researchers describe a novel approach to sampling neonicotinoids and other pesticides in plants – potentially explaining how bees are exposed to these chemicals.

While many studies have correlated the presence of neonicotinoid residues in plant samples with bee declines, only a few have measured total neonicotinoids in plants – mainly using time-intensive methods. In this new study, researchers developed a new type of solid-phase microextraction (SPME) probe, which is a device that can track concentration changes over time in biological systems.

SPME probes use a coated fiber to quickly extract analytes from a sample. By developing an SPME probe that they could insert into plants through a needle, the research team could perform repeated sampling of seven neonicotinoids in plant sap.

When this sampling was done in lettuce and soybean plants, each sample process only took 20 minutes. The analytes could then be recovered from the probe and assessed, allowing researchers to quantify neonicotinoids in plants and study their movement and distribution throughout these plants over time.

The researchers believe that this method could be used to track movement of pesticides into flowers, nectar, and pollen, allowing them to pinpoint when and where the maximum pesticide exposure occurs for bees and other pollinators.