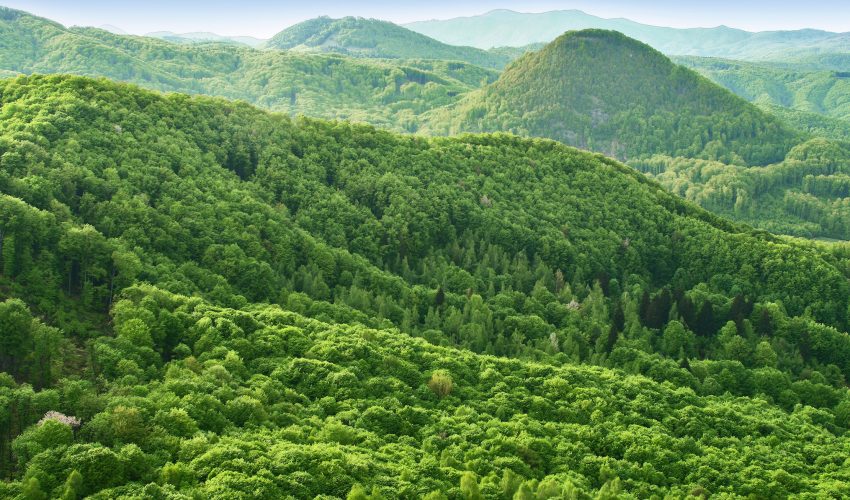 Until now, it had been widely believed that plants first colonized the planet 420 million years ago, creating lush, green spaces across the continents that would later become suitable habitats for land animals.

But now, new research has found that plants actually spread across the Earth 100 million years earlier, calling into question our knowledge of early Earth and the evolution of its biosphere.

Previous theories of plants first appearing on land came from studies of the oldest plant fossils, which dated back 420 million years.

However, researchers from the University of Bristol, Cardiff University, and the Natural History Museum used molecular clock dating methods to find that these fossils are not proof of the first on Earth.

“The fossil record is too sparse and incomplete to be a reliable guide to date the origin of land plants,” said Mark Puttick, a lead author of the study. “Instead of relying on the fossil record alone, we used a ‘molecular clock’ approach to compare differences in the make-up of genes of living species – these relative genetic differences were then converted into ages by using the fossil ages as a loose framework.”

Their findings were published in the journal Proceedings of the National Academy of Sciences.

Molecular clock methodology combines evidence on the genetic differences between both fossils and living species.

By examining the genetic data, the researchers were able to pinpoint an evolutionary timeline based on shared ancestors of fossils and living plant species today.

“Previous attempts to model these changes in the atmosphere have accepted the plant fossil record at face value – our research shows that these fossil ages underestimate the origins of land plants, and so these models need to be revised,” said Jennifer Morris, a lead co-author of the study.

Taking all these factors into consideration, the more accurate estimate shows that plants likely first colonized Earth 520 million years ago.

The research team made sure to test if different relationships between early land plants changed their origin timeline.

“We used different assumptions on the relationships between land plants and found this did not impact the age of the earliest land plants,” said  Philip Donoghue and Harald Schneider, leaders of the research.

“Any future attempts to model atmospheric changes in deep-time must incorporate the full range of uncertainties we have used here.”

The results show that land plants likely formed on Earth much earlier than previously thought and sheds new insight into Earth’s early climate and biosphere.