How plants protect themselves from sunshine overdose • Earth.com 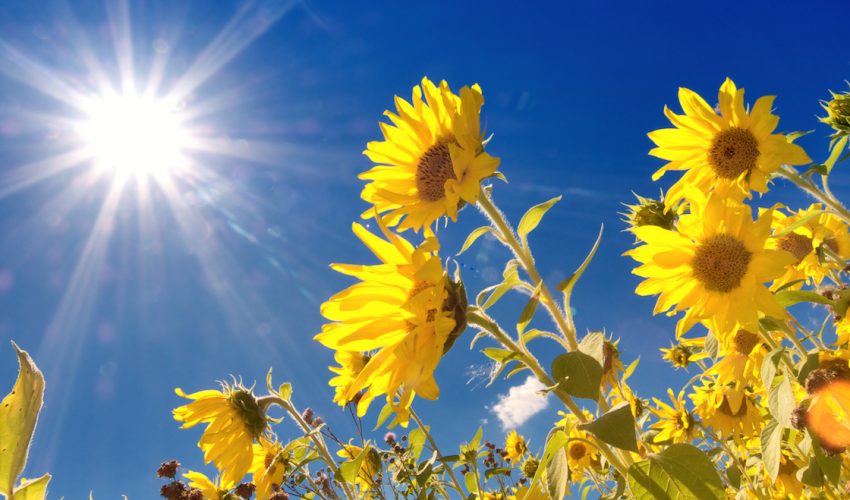 How plants protect themselves from sunshine overdose

A new study has unravelled mysteries of a key protein that allows moss and green algae to protect themselves from too much sunshine.

Most plants absorb far more sunlight than they can use, the study said. In very sunny conditions, they convert only about 30 percent of the available sunlight into sugar.

“These photoprotective mechanisms have evolved from the fact that sunlight is not constant. There are sunny days; there are cloudy days,” said Gabriela Schlau-Cohen, a Massachusetts Institute of Technology Assistant Professor of Chemistry and the senior author of the study.

Several years ago, researchers discovered that the protein LHCSR1 is the key player in photoprotection that occurs over short timescales (seconds to minutes) in green algae and moss. It is embedded in the membranes in the chloroplast and interacts with chlorophyll and carotenoids, another type of light-absorbing pigment. However, the mechanism of how this photoprotection works was not known.

In the new study, researchers used a very sensitive microscope that can analyze single proteins to determine how the LHCSR1 protein found in moss reacts to different light conditions. The protein can assume three distinct conformations, which correspond to different functions, the researchers discovered.

Under cloudy or shady conditions, LHCSR1 simply absorbs photons and passes the energy on to the rest of the photosynthetic machinery, the researchers said. When the sun comes out and energy intake rises, LHCSR1 switches to another conformation within seconds. The switch is caused by a decrease in pH, which occurs when too many hydrogen ions are generated by water-splitting during photosynthesis.

The researchers are now creating mutated versions of LHCSR1, which they plan to test to see if they have the ability to produce more biomass while still offering some photoprotection.

Learning more about how the protein works could allow scientists to alter it in a way that would promote more photosynthesis, potentially increasing the biomass yield of crops and algae grown for biofuels, Schlau-Cohen said.

The study was published in the journal Nature Chemistry.