Breakthrough in how to use photosynthesis to create hydrogen fuel • Earth.com 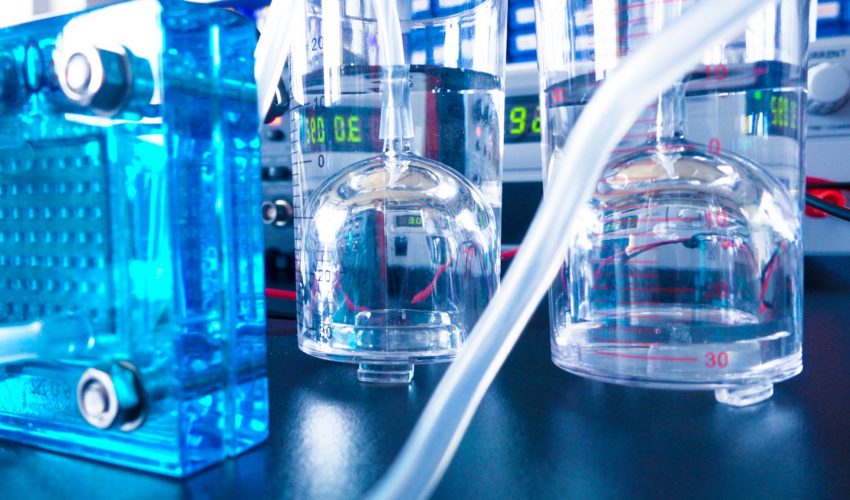 Breakthrough in how to use photosynthesis to create hydrogen fuel

Scientists have discovered the secret behind how to use artificial photosynthesis to create hydrogen fuel.

Scientists have been trying to artificially replicate photosynthesis to produce environmentally friendly hydrogen and methanol fuel. So far, the effort has been a challenging one, the U.S. Department of Energy said.

In both molecular systems, multiple light-harvesting centers made of ruthenium (Ru) metal ions are connected to a single catalytic center made of rhodium (Rh) metal ions. This is done through a bridging molecule that promotes electron transfer from the Ru centers to the Rh catalyst, where hydrogen is produced.

The researchers compared the hydrogen-production performance and analyzed the physical properties of the supramolecules.  They wanted understand why the photocatalyst with six as opposed to three Ru light absorbers produces more hydrogen and remains stable for a longer period of time.

Manbeck has since carried out a series of experiments with coauthor Etsuko Fujita, leader of the artificial photosynthesis group, to understand the fundamental causes for the difference in performance.

“The ability to form the charge-separated state is a partial indicator of whether a supramolecule will be a good photocatalyst, but realizing efficient charge separation requires fine-tuning the energetics of each component,” said Fujita. “To promote catalysis, the Rh catalyst must be low enough in energy to accept the electrons from the Ru light absorbers when the absorbers are exposed to light.”