Plants have been working overtime to mitigate climate change • Earth.com 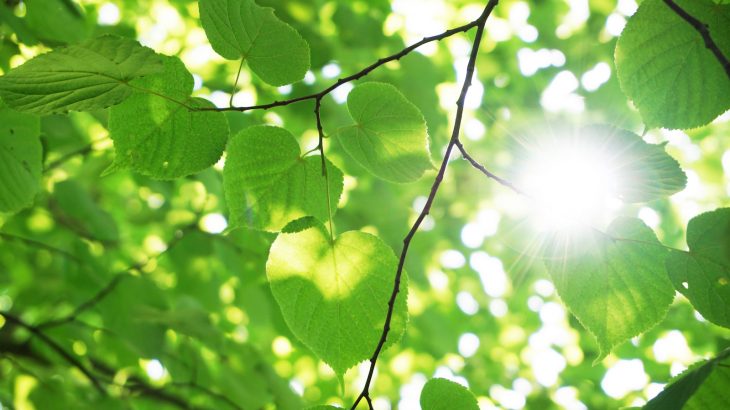 Plants have been working overtime to mitigate climate change

As humans continue to pump more and more carbon emissions into the atmosphere, plants are working overtime to counteract climate change through photosynthesis.

The question is, how long can this positive relationship between hard-working photosynthesizing plants and atmospheric carbon levels continue?

Plants and trees take in carbon and emit oxygen as part of the photosynthesis process. Forests and green spaces serve as carbon sinks, where large amounts of carbon can be stored over time, which is why many climate change mitigation strategies involve reforestation proposals.

Warming temperatures linked to climate change and increases in CO2 emissions are speeding up plant growth, but how plants are responding to carbon emissions on a global level has not been well understood.

Researchers from James Cook University, CSIRO Oceans and Atmosphere and the Université de Lorraine in France conducted a study to measure the terrestrial biosphere’s global response to carbon emissions and climate change.

The study was published in the journal Trends in Plant Science.

“We know that terrestrial plants are currently absorbing more CO2 than is released into the atmosphere through the combination of fire, decomposition, plant respiration, and land-use change,” said Lucas Cernusak, the leader of the research. “This is commonly known as the land carbon sink, and we know it’s currently slowing the rate at which atmospheric CO2 is increasing. What we don’t know is how strong that response is, and how long we can count on it.”

The researchers used terrestrial gross primary productivity (GPP) to model photosynthesis trends over the years. GPP measures global photosynthesis by calculating the total amount of carbon taken in by plants on land over a period of time.

After analyzing the data, the researchers modeled the relationship between carbon emissions and plant growth dating back to the beginning of the industrial era. The model showed a steady rise in global photosynthesis in tandem with increases in CO2 emissions.

“We expected the two would correlate, since CO2 stimulates photosynthesis, but given the complexity of plant and environmental interactions we were impressed by how closely they have kept pace,” said Cernusak. “We can say that plants are working hard – the response is at the highest end of the expected range.”

The researchers next studied how increases in CO2 emissions impact photosynthesis at an individual leaf level and the global scale.

“This is an important step forward in the long and complex task of gauging how terrestrial vegetation will respond to climate change in the longer term,” said Cernusak.

Despite the consistent increase in photosynthesis due to rising CO2 emissions over the years, it’s not a relationship that can continue.

As temperatures climb and the impacts of climate change grow more severe, weather extremes like drought, heatwaves, and flooding will put more and more stress on plants and trees and decrease productivity.