Atmospheric CO2 levels are now officially the highest ever in human history • Earth.com 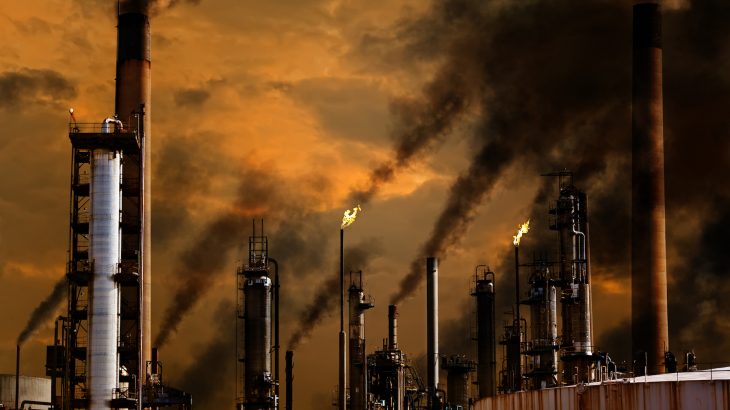 Shocking new observations from the Mauna Loa Observatory in Hawaii have revealed that atmospheric carbon dioxide (CO2) levels have reached 415 parts per million, which is the highest concentration in the history of humans.

“This is the first time in human history our planet’s atmosphere has had more than 415 ppm CO2,” meteorologist Eric Holthaus said in a tweet. “Not just in recorded history, not just since the invention of agriculture 10,000 years ago. Since before modern humans existed millions of years ago. We don’t know a planet like this.”

The record CO2 levels exceed a similar spike which occurred three million years ago during the Pliocene Epoch. At that time, when atmospheric CO2 reached somewhere between 310 to 400 parts per million, average global temperatures were an estimated three degrees hotter than they are today.

The UN recently warned that even if CO2 emissions are successfully reduced to meet the targets of the Paris Agreement, the Earth’s temperature will still continue to rise between 3 and 5 degrees Celsius over the next three decades.

According to a study published in the Proceedings of the National Academy of Sciences, a temperature rise of 3 or 4 degrees will cause cascading events which could transform the planet into a “hothouse” state that will make many parts of the globe completely uninhabitable. At this point, there would be little that humans could do to reverse the damage.

Johan Rockström is the executive ​director of the Stockholm Resilience Centre and one of the co-authors of the PNAS study.

“Fifty years ago, this would be dismissed as alarmist, but now scientists have become really worried,” said Rockström. “I do hope we are wrong, but as scientists we have a responsibility to explore whether this is real. We need to know now. It’s so urgent. This is one of the most existential questions in science.”

Katherine Richardson from the University of Copenhagen also co-authored the PNAS paper. She said the research shows that climate action is not just a case of turning the knob on emissions, but of understanding how various factors interact on a global scale.

“We note that the Earth has never in its history had a quasi-stable state that is around 2C warmer than the preindustrial and suggest that there is substantial risk that the system, itself, will ‘want’ to continue warming because of all of these other processes – even if we stop emissions,” said Richardson. “This implies not only reducing emissions but much more.”

The record CO2 levels were announced Sunday on Twitter by the Scripps Institution of Oceanography, which measures daily CO2 rates at Mauna Loa in collaboration with scientists from the National Oceanic and Atmospheric Administration.